CHAOS INCEPTION - We will come back with music, that tear apart your souls!

Chaos Inception recorded an excellent album this year. The guitarist Matt and I spoke about its recording, about the underground scene i the USA and lots of other questions. 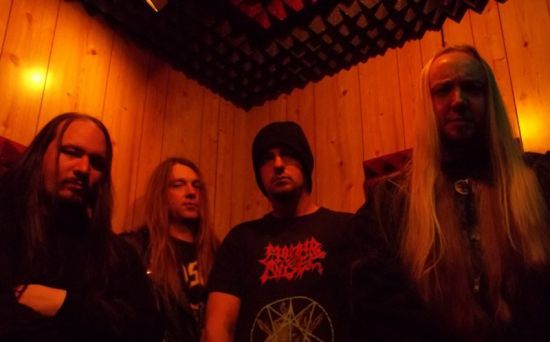 Hello. Thanks for taking an interest in the band. Chaos Inception is a death metal band with mystical and horror themes that balances musicality with brutality, speed, and darkness.

I like your last album The Abrogation from the first listening. The time from its edition run away by now. What are reviews like? I have read some in our country and all are positive (inclusive of mine (smile))

The reviews for the new album have all been good or better than average. A small minority say we are generic or copycats, while the majority understand that we are working within the genre, exploring new avenues, yet we are against incorporating silly influences or gimmicks.

You edited your album by the Czech firm Lavadome. How did it come? It´s a bit unsual, if an american band edit an album by a Czech firm. How many cds were pressed?

Lavadome were one of the few who heard the first album and the head of the label, Jan Fastner, was a strong supporter of the band from the beginning. It was natural for us to go with a label that understood the music, rather than a label that would try and change the band or have us sell our souls. The first run of CDs was limited, with an eye toward repressings and a vinyl release.

Do you write music for your last album together or is there anyone who is an exclusive song writer? Do the other members compose too?

I am the primary songwriter but I always try to get ideas for songs from the other members. They help with arrangements. Cam, the bassist, also writes complete songs on his own. Every member of the band has been in bands in the past and are capable of writing, and we all play guitar. With Chaos Inception though, the sound is mostly informed by my style of writing, and we strive to have a singular, unique sound.

We mixed the album at Stargate Studios in Huntsville with Lance Wright, a damned good metal drummer and an all around cool dude. Mana simply mastered the album. They definitely improved upon the sound, before the mastering, but Rutan himself probably never heard the album: he only masters albums that he mixes and records, from what Mana told us.

How long did it take time to make songs for this album The Abrogation? Did you prepare your songs before entering the studio or did you make it in the testroom?

It took much too long! Hopefully this next album will come out a little faster. But we had all the songs written before we went into the studio, and had a demo finished at least 9 months before we started recording. Sometimes life gets in the way, but we fight until the end, and will work to get the music out. It is a constant struggle for underground bands – and zines as well, as you probably know!

The author of cover is Paolo Girardi. The cover completes the music. Did he base his work on listening of CD? Does Piaolo listen to Chaos Inception?

He did listen to some of the demo versions before he painted the cover, and we gave him a few vague ideas. I think the cover turned out great and we have gotten a lot of attention based on his artwork. He is a fan of death metal, from what I understand. He probably has a good career ahead of him, painting album covers.

In death metal there is a problem to understand the texts. Do you want to give a message with your texts or do they complete the music only? Where do you take ideas?

I get ideas from nightmares, horror fiction, and the horrors of reality. I view the lyrics about the Ancient Ones, or Pazuzu, as fiction. Let’s all be adults for the moment and agree, that Himwawa doesn’t exist, and that prayers to him will not give you riches in this world. Anyways, traditionally, those types of lyrics fit with the music, and we are happy to be in the tradition.

I have an information that Chris sings in Chaos Inception only. The other members play in another bands too. How can you combine all you activities? For example: If two bands have concerts in one deadline, who takes precedence?

We have all been in bands in the past, but currently only I am in another band and that is Monstrosity. Monstrosity shows take precedence because they are better planned and are usually bigger shows. Chaos Inception doesn’t do as many shows so it works out fine. It is difficult to keep my chops up for both bands as the techniques required are a little different.

Death metal was never a good tool for gaining much money. How many people do visit concerts in the USA? The situation in our country isn´t well. People sit at home and surf on the internet rather than they go and support their favourite group.

It’s exactly like that here as well. The good news is, Huntsville is getting better with regard to shows. We are opening for Cannibal Corpse, Misery Index, and Hour of Penance here in our hometown on November 16. In the past, you would have to drive 3 hours to Atlanta or Nashville for such a show. Chaos Inception can usually expect 40 people at a show, if we are headlining, so it is impossible for us to do a lot of shows that require travel.

How much time do you spend in the testroom? Do you meet regularly or by testing of new music material only? Do you live on the same place?

We all live separately but we rent a rehearsal space where we meet once or twice a week for rehearsing. We usually coast along, bring a case of beer and just jam through our setlist plus a few Iron Maiden or Megadeth covers, as well as acid jazz improvizations. It would surprise some people, what we do in rehearsals. But when we have serious matters to attend to, such as a new album or a show, we get a lot more serious. We will not embarass ourselves with a poor performance.

If you create material for your new album, do you send ideas on the internet? Or do you solve everything in the testroom?

With Monstrosity, we send things over the internet, as they are in Florida, about 11 hours away. Here with Chaos Inception, I just record demos at home and bring a CD for the guys.

Because of downloading from the internet the bands have to make more concerts. The sale of CDs slow down. What do you mean about downloading? What do you think about CDs – will they be collector´s items only? Will CDs dissappear in the future? Do you buy music on CDs?

I like CDs. I buy them and collect them. Whenever I download something from Itunes, I feel like I’ve been ripped off. I have nothing to show for it except for hearing the songs, and I could hear them on youtube. I urge anyone who enjoys music to buy a CD or vinyl version to help support the struggling bands.

It comes to comeback of vinyl. Do you think about edition of The Abrogationon on vinyl?

It will be done! I can’t divulge much more but we are in the works on releasing a vinyl version.

Do you prepare any concerts in Europe? Or even in the Czech Republic?

There is nothing in preparation, though if the opportunity comes up we will be happy to play there. I played at Brutal Assault two years ago with Monstrosity and I’d love for Chaos Inception to play there. That was a great fest. I had a fistful of food and drink tickets after our set, and I don’t remember anything from the night! Me and Mike from Monstrosity tried to sleep on the van on the way back to the Munich airport. It was pretty difficult, and after that ordeal and a 6 hour wait at the airport for a 10 hour flight, then two more flights back to Huntsville, I was completely delirious.

What kind of music do you listen in Chaos Inception? Is there any death metal album in the last year you found interesting?

I buy or trade for used CDs all the time, so mostly a ‚new‘ CD for me is a couple years old, unless it is a band like Iron Maiden or Morbid Angel, and I’ll be the album new on the release date. I listen to a lot of rough sounding metal – old death metal, or black/death metal. I stay away from technical metal bands and I don’t like the sound of modern productions. I don’t like artsy metal bands such as new Opeth, Ihsahn, or Gojira. I’m more of a Motorhead and Beherit kinda guy. Sometimes I will buy a new death metal CD based on reviews and most of the time I have been disappointed. But, there is quality stuff out there now, I will continue the search.

Do you earn money with music only or do you have any civil jobs?

We have civil jobs in order that we can be in a band. I have always operated at a loss with music, unfortunately. That’s what’s amusing to me about something like the Anvil movie – those guys are huge compared to an underground death metal band! They lived the dream. There is nothing sad about their situation. Find a couple of 50 year olds in a death metal band, and make a movie about them if you want a real tear jerker, and a story about people who are true to the music no matter what. It’s also funny to hear stuff from bands like Black Sabbath about how the label ripped them off. They brag about snorting truckloads of cocaine, and wrecking hotel rooms and cars, spending years in expensive studios, and then the blame the label for not having money to retire on? I love Sabbath and Anvil, don’t get me wrong, but that is just stupid.

Do you know any band from Czech republic? Are you interested in european metal scene?

Unfortunately, I am not too familiar with the Czech Republic music scene. Master’s Hammer is one of my favorites though. I remember having the JL America compilation cassette and they were by far the most interesting band on it. I have all their albums.

Do you have any ideas, songs for your new album yet?

I counted the riffs, and I have over 100 riffs for a new album! We do a lot of revisions and weeding out the weak, so once I have enough riffs for 10 classic songs, we will be ready to record.

What is Chaos Inception preparing for next months?

We have the Cannibal Corpse show, plus we are going to Tampa to play with Perdition Temple. Besides that we will do some local shows, and will start writing album number three.

I have a typical question, do you want to send a message to your fans?

To the fans – thank you for all your support, whether it be by buying a CD, posting positive comments about us, telling your friends, or asking us for an interview. It means everything to us, and we will give back to you by recording new music that will tear apart your souls.

Thank you for the interview. I wish you a lot of new fans and sold cds. 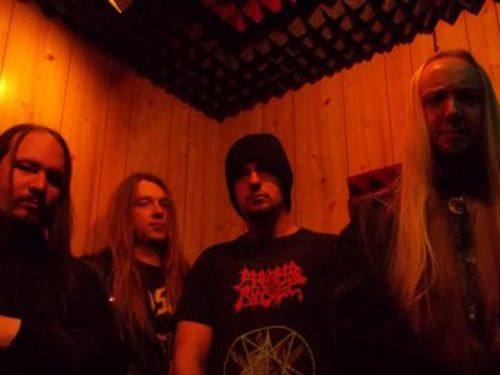 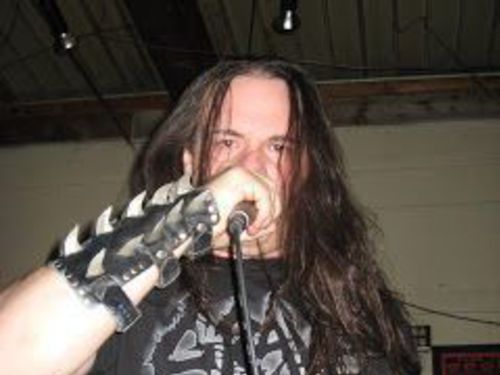 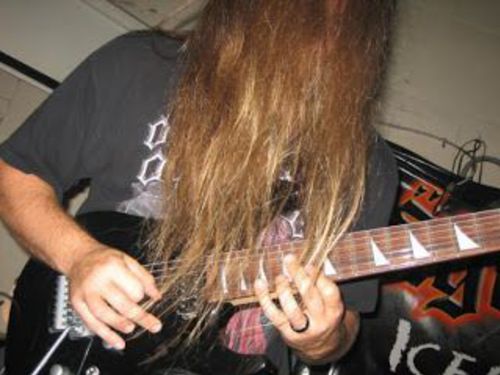 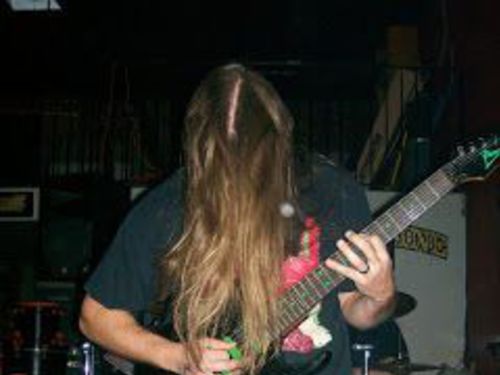 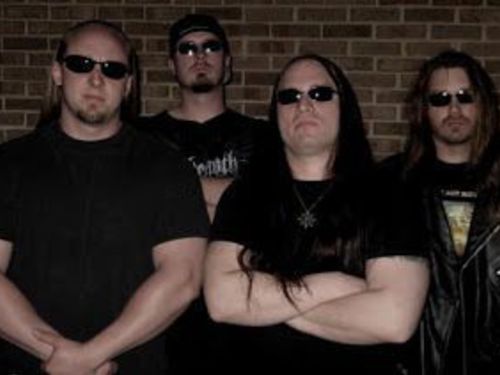 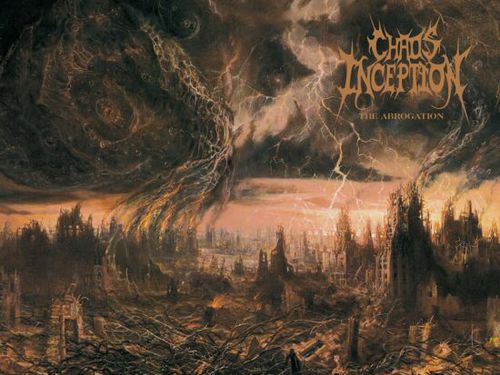