When was your group set up, why this particular name, what does it mean and what the initial reason of its creation.

I met Giuliano long before forming Infection. In fact, we played together in a band for some time. Our paths diverged as the band became inactive, but I had him in mind as a candidate to fill in the role of vocalist in case I wanted to form a new group. I approached him around 2006 and he was pleased with the idea to join Infection. As for the name, Infected was the first choice but a friend of mine told me an old Peruvian metal group had the same name so I opted to switch to Infection. I believe is a strong name and it also relates to the type of music we play: an infection is something that gets into your body, spreading its deleterious tentacles until the host dies.

Currently Infection works as a duo: Giuliano Canessa is in charge of the vocals and I play the guitar; for recording purposes I also in charge of the bass and the programming of drums. We had a bassist and a drummer in the past but they’re no longer around. Even though, we were able to record and release our last album so it’s not as bad as some people might think. You know, it’s just a matter to cope with the circumstances. As for our experience, Giuliano have been singing from more than 15 years! I started learning to play the instrument a bit late so, if my memory doesn’t betray me, I’ve been playing since I had 17 year old. Whoa, times flies!

Well… we recorded guitar tracks at my house using a tube amplifier and a direct box (these tracks were re-amped afterwards using hi-end amplifiers in a proper studio.) Bass went directly into the recording software using a valve preamp. Drums were programmed in MIDI and BFD2 was used for the sound simulation; it was a painstaking process because we wanted the sound to be the more realistic possible, so we had to introduce nuances and even small mistakes here and there to infuse realism to the performance. Vocal tracks were also recorded in my small home studio. Once the mixes were ready, the bounced files were sent to John Script, chief engineer at Massive Mastering for mastering. We knew him for his work in Suffocation’s “Blood Oath” album. He did a tremendous job with “Acrotomophile Mutilator.” In overall, we’re more than pleased with the organic yet powerful sound achieved.
Now, in regard to sales and distribution, that’s a trickier topic. We first started distributing our album in digital format (both in stores and streaming platforms) but I always dreamed of producing a vinyl record so after much effort this idea materialized this year. Only one hundred copies were produced and those albums were sent mainly to specialized magazines and labels. Still, there are copies left so people can buy “Acrotomophile Mutilator” LP on Bandcamp (https://goo.gl/L2Cl2j); price is USD 16.00 plus shipping.

Lyrics - why did you decide to sing in Spanish... who wrote the words, what topics have you chosen?

Titles of the songs are in English but the lyrics are in Spanish. It’s a bit easier for us to do it in our mother tongue and some people have told us it gives our music a unique characteristic. Now, about the album concept, initially this record was intended to embrace the topic of children that commit murder. This whole idea that kids are innocent beings and that they're incapable of harming other persons is difficult to swallow. After doing some research, several stories about young killers and the inborn evilness present in humans were found. "When Children Murder," "Kidnapped and Kill," and "Psychopath" speak of that. Nevertheless, as time passed by, the original idea started to branch out ("Rape... Kill... Rape" and "Beheaded Children Contest," which weren't included on this release, spoke about child predators.) The rest of the tracks are a collection of gruesome and controversial subjects such as coprophilia ("Feasting with Feces"), zombies ("Tetrodotoxin" and "Wish You Were Dead (Again)"), cannibalism ("Regurgitating Human Parts"), serial killers ("First-degree Murder," and "Acrotomophile Mutilator"), and euthanasia ("Worse Than Being Dead").

Visual impact is quite important, it’s an integral part of the band’s imagery. Since I’m a graphic designer I created both the logo and the website. With the logo it was something straightforward because I had the idea of making it look old school, not so cryptic as it is the custom nowadays; with the website I just wanted to make something functional where people could obtain information of Infection easily. Now, concerning the album artwork, it was inspired by one of the songs included in the disc ("Acrotomophile Mutilator"), which is about a guy with a deviant paraphilia: he loves to have sex with amputees. For obvious reasons, he’s not able find many women that fit that profile, so he decides to kidnap girls, keep them on his basement, and mutilate them in order to satisfy his needs. Óscar Huayamares, the artist responsible for the drawing, found the lyrics of "Acrotomophile Mutilator" both intriguing and interesting at the same time. I wasn't impressed with the first mock-up he showed to us, but the final illustration was insane, just what we wanted. By the way, the cover of the album didn't fit the guidelines of many digital stores (it was labelled as pornographic and indecent, what a compliment for us!) so we had to crop the illustration before releasing it to the general public. Fortunately enough, the original cover can be found everywhere on the Internet so censoring it was useless if you ask me.

If I had to pick up three bands that inspired Infection, I wouldn’t hesitate to mention the following ones: Death, Cannibal Corpse, and Monstrosity. Apart from these acts, we have received influences from many bands, not only from the metal genre.

Yes, We have sent our music to labels around the world. Those who were kind to respond stated they were not able to adhere a new group to their roster, mainly because it is a big investment in terms of time and money. Having said that, we have received a positive answer from a European label, but we can’t disclose further details at the moment.

In the past we played a lot in Peru. We had good and bad gigs, but the one I remember the most was the one we did in the Nuclear Bar, in Lima’s downtown. It was a crazy venue, people were very supportive, the sound was good, and we had a great set list.

Playing live is always great, and if it’s in another country we’re up to it. However, due to the fact that we’re currently a duo, that’s gonna be rather complicated, isn’t it?

Glad you asked. I can reveal that we have new songs, lyrics are still missing but the music is ready. We have enough tunes to make a new album. So, that’s our goal in the short term: record and release our third production, hopefully at the end of 2016 if everything goes well. Apart from that, we must stay “in the radar” so to speak, and for that reason interviews like this in Fobia Zine are much appreciated. As an independent band, having the chance to spread our thoughts and promote our music is hard these days so thanks for this opportunity! 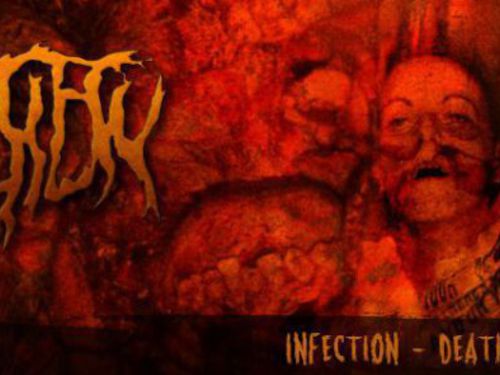 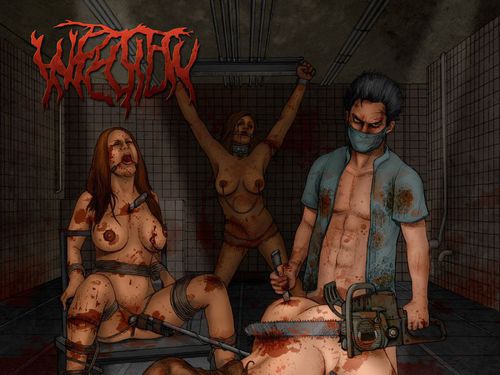