The origins of Deathstorm go back to 2009, when the band called Genom was formed.  After a couple of months spent on rehearsing, we played our first show in Gubin with Vader. Soon after, we parted with the vocalist, changed name and changed musical style into more traditional, old school death metal. The new name of the band was Góral’s idea and I don’t know if there’s some unique and sophisticated conception behind it. I like it, because it’s not too long and sounds powerful.

Góral’s (guitar) been playing since early 90s. He started in a local band called Cryptorium, which was put to rest a long time ago. He was also a member of more widely recognized death metal band Ebola from Zielona Góra. Then, he had a few years’ break due to a very unpleasant accident (he lost the index finger in his left hand) and after a few years he started playing again, with us this time.
Mysth (bass, vocals) has his own melodic black/death metal band Ethelyn, which was formed in 1995 and has been active to this day. They have just released their new album “No Glory to the God”.
Me and Jędrek have our own band Brutally Mutilated in which we’ve learned to play the instruments and played the first gigs. It’s a more eclectic kind of music that incorporates the elements of death metal, grind core, hard core and punk. We formed the band in 2004. Jędrek is also a member of Ebola.
Me and Jędrek are 23 years old. Mysth and Góral are about ten or more years older.

I cannot answer most of these questions. We’re satisfied with the deal with Psycho Records, but I won’t go into details about the costs and stuff like that. We made 1000 copies of the album.

English is obviously today’s lingua franca so we use it mainly for practical reasons – more people will understand the message in English than in Polish, Hindu or whatever due to its widespread usage and internationality.
When it comes to the content of the lyrics, there were number of topics we focused on the new album. Although there is no rigid concept, the lyrics are not completely unrelated to each other. My lyrics are bit more abstract and philosophical. Two of them, in the opening (“He who bears the Light”) and closing track (“NChSh”), are devoted to the figure of Lucifer and the values he represents, however these two tracks tackle the issue from two different angles or, in other words, reveal different aspects of these values. There are certain references to Occultism, not on a purely theistic ground, but a more symbolic one, and references to Existentialism (especially that of Sartre, Camus and even Samuel Beckett), which has had a great impact on my way of thinking for quite some time now. Lucifer is a prevalent theme on the album (“Nechesh”, the album’s title, in Hebrew means “serpent”, which directly refers to him), but he’s seen through the Existentialist lenses. Finally, human who aspires to reach those values is also (or maybe the most) crucial point on this album. It’s hard to describe it in a few words the lyrics themselves greatly convey the message. It would also be needless to perform a full interpretation, because it’s a listener’s task. I can only limit myself to giving some clues.
Góral is the second person responsible for the lyrics. They are more mundane, less abstract and deal with crimes of Christianity throughout the history and draw conclusions from that. I think they’re very powerful, merciless and straight-forward. He reads a lot of historical stuff about Holy Crusades and Inquisition, which is reflected quite vividly in his lyrics.
Mysth’s lyrics are primarily reflections on the God-man relation.
I think that the common denominator of all these lyrics is the rebellion towards religion or, more generally, towards any objective set of values that is imposed on an individual and MUST be followed, striving for freedom and the consequences of freedom. Uffff, it’s a topic that needs 5-hour-long debate, so let’s finish on that (smile). Read lyrics and you’re likely to get it.

Logo was drawn by Radosław “Olsen” Grzybek . Bartłomiej Kurzok did the artwork (which is a great job) and Facebook and Myspace page was done by a designer called Jacek Fall. The artwork is incredibly important for us – it must reflect the lyrics and the ‘mood’ of music. None of the pictures in the booklet is there by accident or just for the sake of meeting the demands of metal fans. No goats, corpses and pussies just because it’s typical for the genre and meets some expectations. Website is important when it comes to promotion and we wanted its design to be congruent with the album.

Góral made most of the riffs on “Nechesh”, so he would be a better person to answer this question. But, generally, we all pay homage to such bands as Incantation, Morbid Angel, Immolation, Sinister, Dead Congregation, Gorefest (old) and this kind of old-school, grim way of playing death metal. So you can be quite sure we won’t adopt any metalcore elements, start to wear drainpipes and hire a stylist in the near future (smile).
We also listen to a lot of black metal. I listen to more black metal than death metal in fact. Besides the classic stuff, like Mayhem, Burzum, Darkthrone etc., there’s lots of younger bands, which are really impressive and inspiring. I like (and I think the other guys in the band too) metal, which delivers as much negativity as it can. We work on a new material and it seems to be going in a more black metal direction.

We sent the record to Polish labels only. The list included the biggest extreme metal labels, like Agonia, Witching Hour Productions, Pagan Records, Old Temple and a few others, names of which I don’t remember. Either there was no response at all (in most cases, as far as I remember) or we were sent e-mails that the album is good, but they didn’t have enough money to release it or had too many bands etc.

That’s a really hard question. We’ve played quite many shows and for me it’s impossible to give an exact number of them. The best ones? For me the one with Purgatory in Zielona Góra, the shows we played on “Darkside Festival” in Gubin, the gig in Potsdam with Tormentor (de) and the one we played in Orthodox Club in Mlada Boleslav along with Dysangelium and Purnama. I don’t mention a gig in Czech Republic, just because I’m giving an interview to a Czech webzine – don’t get me wrong (smile). We were so impressed by the interior design of this place, that at first we thought we were in hell (smile). All of the ‘decorations’ created a certain kind of dark mood that we were feeling when playing on the stage. Nice people and nice place (maybe ‘nice’ isn’t the right word here). When I came back to Poland I showed the photos to my friends, especially those taken in the toilet, which was the absolute highlight of this night. People who have been there probably know what I mean.
So, basically, if there are some people who are not standing still and watching the show like if they were in an opera, and there are no technical problems on the stage, then it’s a good show. Sometimes 15 people can make our day by making havoc before the stage. Sometimes there are a lot of people, but they behave as if they got on a death metal gig by accident.

Of course. We play wherever we can and we like to spread our music and message abroad. We like to see other countries, see how people react to what we do and get in touch with bands from abroad.

Making music, writing lyrics and spreading it as far as we can. That’s it. 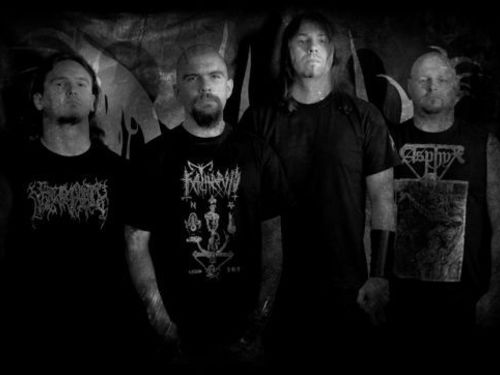 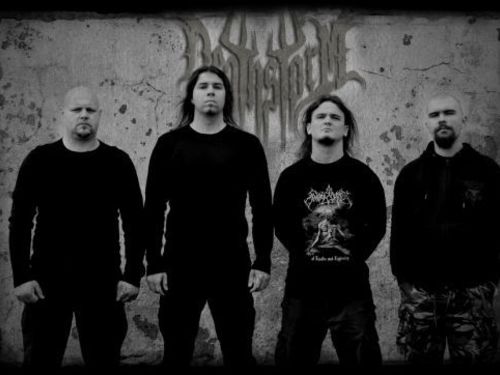 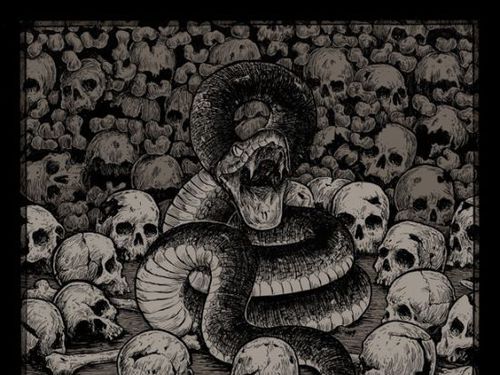 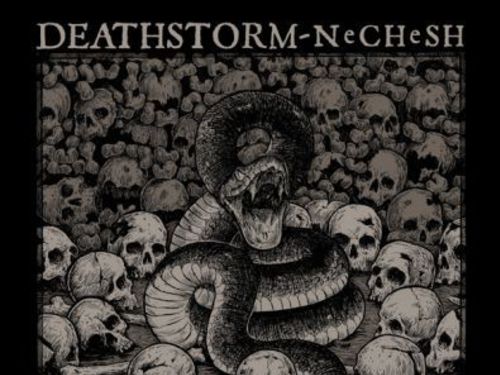 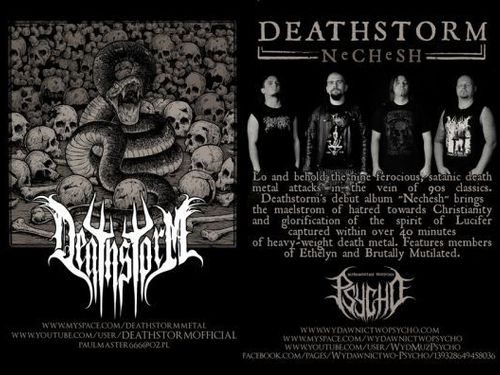