Here is a short interview with italian hardcore band MY OWN VOICE. Answers by singer Marco.

When was your group set up and what the initial reason of its creation?  Why this particaler name, what does it mean? Classical history of band, discography etc.

The band started in 2001 when we were teenagers whose only interests were hardcore punk, skateboarding and trouble. It was a very special moment in Milano, the youth was still benefiting from the hardcore scene of the 90’s that had been a very strong movement, the punk movement was alive and well and full of kids, so it just felt natural for us to form a band and start playing gigs in the squats where we spent our days.
We chose this name because this is what hardcore has always been about for us: expressing ourselves, having our say, giving voice to our ideas, our anger and our energy and dreams.  We changed line up a few times during the years, and we really took off after 2006 when we started touring more or less all over Europe and sharing the stage with some of our favorite DIY bands and major bands. In 2017 we had the chance to tour South East Asia playing gigs in Malaysia, Borneo and Indonesia, it was a very special experience.
Our discography contains a self titled EP in 2001, „The Dinner Of The Ashes“ in 2003, „De Ira“ in 2006, „A Perpetual State Of Revolution“ in 2010, „Songs For The Mutiny“ in 2013, „Sailing On“ in 2015, „Shipwrecked“ in 2017 and the latest „Exile Underground“, released in 2020. All of them are full lengths, except for „Songs For The Mutiny“ which is an EP and „Shipwrecked“, a tape with b-sides especially released for the South East Asian tour.

I am Marco, the singer, Marchidda for my friends and a few of my enemies; I’m 35 and I’m the band’s founder, I had a couple of short side projects but my mission has always been MY OWN VOICE.
Tristan is the guitarist, he’s 34 and he’s been trying to learn how to play his guitar for some good 20 years, he’s got a radio jack now so his jumping has improved dramatically.
Tommi is 26 years old, he’s an amazing drummer since he was a kid and he’s the newest guy in the band, he started playing with us around march just before the covid crisis so we are still wondering if he had anything to do with that.
Emme is the only guy he took the time to answer this question directly so I’ll leave it to him: „Hi folks, I’m Emme, I’m 34, and I started playing in MY OWN VOICE 10 years ago. I’ve played the bass since I was 16, and this makes me really ashamed, considering my rough touch. At the moment I don’t play anywhere else, but I used to play guitar in MISERIA, a fast core band, and sing in OFU, an all-school hardcore project I was really fond of. When the latter died, I made a new one with the same drummer, LA COSA, playing kinda post-hardcore stuff, at the guitar once again. We stopped 2 years ago, and now I’m only  a faithful servant of MY OWN VOICE.”

Now you have actually new album. Under what conditions have you made a recording, are you satisfied with it, how many have you produced, has it been with sales, what is the cost?

We recorded „Exile Underground“ at Mobsound Studio in Milano; Alessandro Caneva, the owner and sound engineer, is a long standing good friend of ours, we made our records with him since 2010 and we really got to the point that we feel he is almost a fifth guy in the band when it comes to recording. We are very happy with the results, as we feel this is probably the most personal album we’ve done so far, putting together all our influences from punk rock to thrash metal to beatdown hc in a very free way. We printed some 500 CDs and are waiting for a few cassette tapes, so far sales have been ok even with the few gigs we’ve done with this covid shit going on - internet has helped in this sense and our friends showed a great support of what we’ve done, which is way more important than the sale itself. The cost always surpasses the revenue, but what the fuck, we are hardcore kids and we’re born to lose so it’s all good!

Lyrics - why did you decide to sing in Italian and English... who wrote the words, what topics have you choosen? You are singing about negative thing, but you have positive themes too…

I (Marco, the singer) write all the lyrics, and I always felt more comfortable with English as I’ve always mostly listened to American and Northern Europan hardcore, and also English is the language for communicating with the rest of the world, like it or not. I wrote some songs in Italian as a sort of tribute to our own hc scene and tradition; usually my Italian lyrics are those who come most from the heart and instinct, they speak about more intimate topics and my own experience and feelings in certain periods of life - you might wanna call ‘em our „emo” lyrics :) Most other lyrics want to be an exhortation to turn on the mind and liven the spirit, pointing out some shit which is seriously wrong in the world today - racism and borders, mass consumption, widespread nihilism to name a few. The lyrics don’t want to be catastrophist but try to keep a positive outlook on things; I firmly believe that the best way to prevent shit getting worse and more authoritarian in many senses is constant dissent and struggle, and struggling for something is essentially an act of love.

Who is the author of the logo, cover – how much importace do you placeon these design things?

Tristan, the guitarist, does all the comic style artwork, like some of the alternative covers of „Exile Underground“ and most of the old covers and logos. He has to do it because the rest of us suck at drawing; some years ago he even tattooed all of us with a drawing of our old tour van, to constantly remind us the gap between our abilities :)
The main cover design for „Exile Underground“ was made by a friend tattoo artist called Dim Sum, she’s an amazing tattooer so you should check out her work. We are old school guys so for us the graphic part of an album is very important to contribute to the whole concept that we want to convey with that album. For example, our 2015 album “Sailing on” was about freedom and the perseverance to go on despite difficulties, so we chose a comic design that was centered on pirates and stormy oceans. The cover of Exile Underground is inspired by the idea of lonely struggle and pride that contrast the void.

Which bands have inspired you? I guess old italian bands and NYHC…

We all have different influences and this stuff blends into different songs. Emme’s been mainly influenced by ‘90s and early 2K italian bands, like SOTTOPRESSIONE, ARTURO, SKRUIGNERS, PHP, KAFKA, DOWNRIGHT. As to foreign bands, he’d tell you NOFX, MUNICIPAL WASTE, WOLFBRIGADE. And NIRVANA, of course, first love. Tristan has a past as a metalcore fan, but he’s mainly a punk rocker. Tommi listens to a lot of thrashcore and thrash metal. As to me, my main songwriting influences come from SICK OF IT ALL, RAISED FIST, IN MY EYES, COMEBACK KID; but RANCID are always in my heart.

On album you have some guests, say us who are they and why you choose these persons?

We are lucky enough to have some good friends who are also amazing punk musicians. :) We wanted to have many guests on this album as a way of stating the „family” dimension that hardcore means to us. The guests are Guido from the hardcore band FIRST BRAWL from Modena, he’s a brother to us and we shared many tours and crazy shit together. Dome is the singer of the beatdown band FACE YOUR ENEMY from Caserta, he’s an amazing MC and has a very personal style of singing mixing English and Southern Italian dialect. Black is the singer of the grind-black metal band REJEKTS, a young gun with a lot of talent that gave the song he feats in a more blackened flow. Then there is Cippa, the man the legend, he sings in PUNKREAS which is an historical punk rock band that started off in 1990 - we all grew up listening to them and it was an immense pleasure (and a personal life goal) to have him singing a song with us.

And what you can say about italian scene actually? Which interesting bands we must listen?

It’s not an easy question, cause in the last ten years many great bands split up, and many others were born. Some who represent  a modern interpretation of italian old school hardcore sound are, in the order:
- ZONA D’OMBRA, really good local mates, with their last album they turned to more melodic tunes in the vein of some historical bands from the last ‘90s and early 2k.
- KONTATTO, probably they don’t need any introduction, they play a 360 degrees crust, in a very personal way they sound like Scandinavian d-beat while taking over from the legacy of our eighties masters, like Wretched and Declino.
- EVERSIONE; they are a very balanced mix between fast old school wave and more melodic hardcore stuff; great songwriting, great lyrics, nice guitar riffing so check’em out!
More similar to our style we really recommend FIRST BRAWL from Modena, the Italian answer to TERROR. If you’re into old school Boston style you should check out 217 from Pescara, simple, fast and direct. Don’t miss INGANNO, melodic old school from Taranto, the Southern Italian school at its best, they’re about to release a new album.

How many shows have you done, and which ones do you consider the best? What you can say about gigs in another countries? This year you played at Czech´s Festa De La Pohoda, how you enjoyed it?

We always focused a lot on touring, we’re always hungry for experience and making new friends and partying a lot so we tend to be on the road pretty often. I guess through the years we played at least 500 shows but it could easily be more, pretty much everywhere in Europe and a few in South East Asia.
It’s hard to tell which ones are the best, cause being with friends from all over sharing laughs and ideas and fast music is the shit we love the most, but here’s a couple that have been a true blast: Koepi’s birthday in Berlin in 2016, all the Mobfests in Milano (that was kind of our annual hardcore scene gathering ), Telos squat birthdays, our first gig in Czech Republic in Strakonice, a concert in Borneo island with a bunch of wild punks who wouldn’t stop moshing for  a second, Barcelona in 2010 and a gig in an occupied ex zoo in Torino in 2017.
Festa de la Pohoda was amazing, everyone was very warm and welcoming, the organisation was perfect and the bands and atmosphere were top. It was our second gig after the quarantine so we were especially happy about being there, plus we have a Zebroid brother in Czech Republic we always love to see! It's always surprising in general how well you guys orgainse hc gigs in Czech Republic.

Survive the fucking pandemic and hit the fucking road for a million shows! In the meanwhile, we’ll try to create some trouble in the city.
Thanks for the space bro! 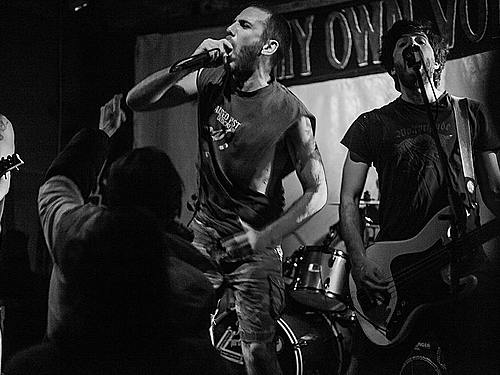 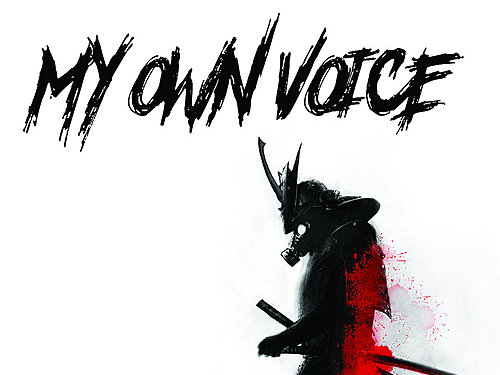 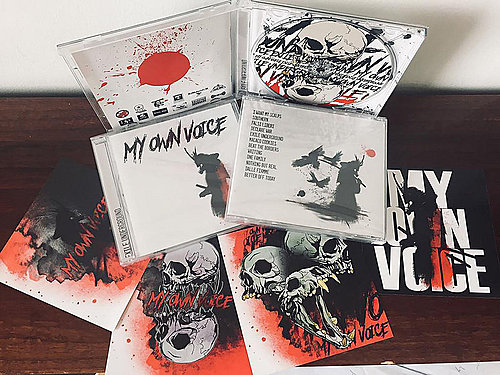