We have been around for probably around 8 years in various incarnations, originally the band was called „A Leaden Stride To Nowhere“ in homage to DISCORDANCE AXIS and was purely bass drums and vocals, but life finds a way and we evolved a little over time. The name CONQUEROR WORM comes from an in-joke about bands just trying to find more ways to say „death“ as their name, so in this case it is a direct reference to the Edgar Allan Poe poem. The band started essentially as an excuse for me to play my bass as fast as I could without having to worry about playing along with anyone else but again, it has gone slightly sideways from there. We also know and embrace the fact that „The Conqueror Worm“ is the best Hellboy comic. Killing Nazis feels fine and relevent to us.

Nathan (30), vocals, formerly bassist of doom band CERNUNNOS, been doing vocals for a good few years now, we aren't really sure how long.

Linus (39), synth, also of screechy grind boys ATOMÇK, „I've had my instrument for 18 years. I haven't learned how to play it yet“.

Luke (30), bass/vocals, also bass in grind band HUMAN CULL, I have been playing bass for about 16 years-ish at this point.

Aaron (31), drums/vocals, also of CERNUNNOS and doom chaps TROLLKRAFTT, been hitting stuff for about 12 years.

Aaron has produced all of our recordings at this point- generally we just do the classic „stick a mic in the practice space“ technique, but on the most recent split (the one with Hack Job) we have had to change it up a bit due to the introduction of Linus and the synth element. It is still very raw but we have taken a little more care with things like having multiple tracks per instrument to fill out the sound a bit more. Since we try to keep it as DIY as possible in that regard the cost is generally very cheap and we are evolving on each release I think which is nice. I would say I am nearly satisfied with our recorded sound. Of course it is very hard to capture the intensity of a live performance on wax. As far as sales go, we are all far too weird and introverted to try and actually get people to buy our stuff. I did sell one to a Canadaian once though so that was cool.

Lyrics... who wrote the words, what topics have you choosen?

Nathan writes all his own lyrics, though I like to think the band as a whole contributes at least a little to the themes. The lyrical content involves: Technological fetishism, mechaforming of earth, cosmic horror, transhumanism, kaiju, cult activity, rampant imperialism. Vocal inspirations are Alan Dubin (KHANATE) and Björk. We tend to draw a lot on sci-fi media and literature.

Luke Oram (of ATOMÇK) made us the main logo we use as he is a very kind man, I have created the covers and layouts for all our releases to date, though I believe in our forthcoming split with Northern grinders SKINLOVER Alan O'neil is providing art. We only have a Bandcamp and Facebook page as web presence so aren't overly fussed about online stuff. I do enjoy trying to make the covers to our work meaningful. The Hack Job split features references to Ray Harryhausen films and Brexit, and was a pleasure to make. My main problem is I always want to go back and do things again/better.

Ahh loads, the band originally took more influence from discordant grind and related genres, bands like PORTAL, DISCORDANCE AXIS and GORGUTS, but as we have evolved we have started drawing from more and more far reaching places now including stuff like TODAY IS THE DAY,  DEERHOOF, DEMIS ROUSSOS, THE LOCUST and MELVINS to name a few. We have also used old video game music as reference when writing.

Nah, we are pretty terrible at promoting ourselves generally. The labels that show an interest tend to be friends or friends of friends or just weirdos that seek this kind of stuff out anyway!

We have played many shows, all in the UK as of now. To be honest we always get to a show feeling underprepared and terrible, but actually playing every show is a blast. Most recently we have had several awesome ones in Cardiff and Newport that have been mental. Basically if there are people there to fall over with us that is all we can ask for really. We also did a one off noise set at Cardiff Psych and Noise festival that went down very well last year.

It would be nice to! Playing outside the Uk is always the highlight of my year. Maybe once things resume some sort of normality and we can drag ourselves out of our various pits we will get something sorted out.

We have the aforementioned split with SKINLOVER hopefully out in the next year or so, and onto writing up a whole new set as what we are playing at the momoent is mostly old and adapted to include Linus' synth, we are now writing with the synth more present in mind so moving forward things are only going to get weirder! 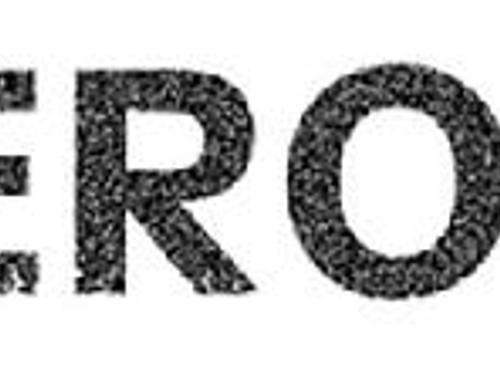 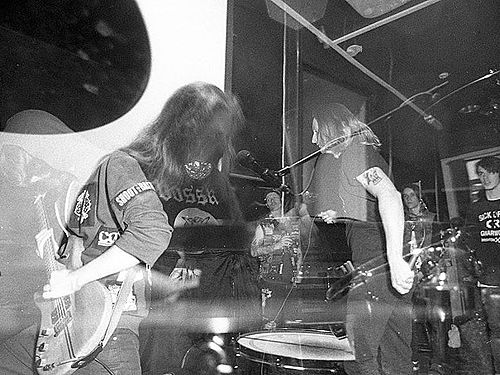