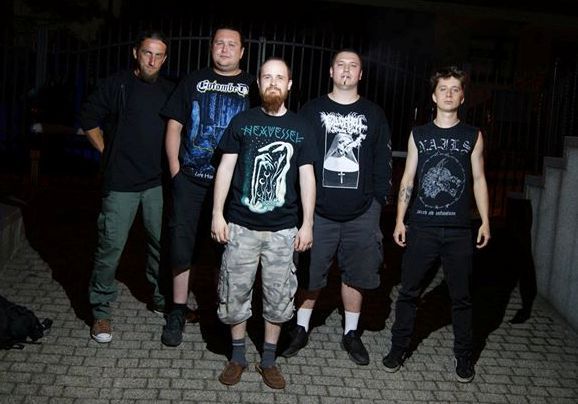 The band started in 2005. That music was explosive, fast etc., so they call that band C-4 like explosive material.

We’ve made “Next Issue Of The Rotten Sound“ album mainly for ourselves. For our self satisfaction and yes, we are satisfied with that what we’ve made. I don’t know why you ask how much money it costs. Whole recordings taken us one day and production lasts for 2 months, I thing.

Lyrics - why did you decide to sing in English/Polish... who wrote the words, what topics have you choosen?

We have only english texts. Words was written by Igor Wasztyl, he left some time after release. Main topics are despise of things we see everyday in news, on stereets and other problems of our present world.

Logo was made by guy who started this band – Locha. Cover art of “Next Issue Of The Rotten World“ is a photo which was taken by Kuba Styks (brother of Dominik) on old cementary wall somewhere in Europe. Rest of cover art was made by Zuza Sadlik, our friend wife. Website on bandcamp and on facebook is mainly conducted by me (Daniel). We don’t focus as much as we should on promotion of our band on pages like facebook.

No, we didn’t send this to any labels.

In past year it wasn’t so much, I thing it was about 12 gigs. One of the best was in Orlova with HIBAKUSHA and ANGSTBREAKER. We was playing a gig with SPASM and it was great too.

We hope so. But we don’t have as much time as we want to for travel etc.

Playing, making music, having fun on gigs and drink much beeeeeeer. 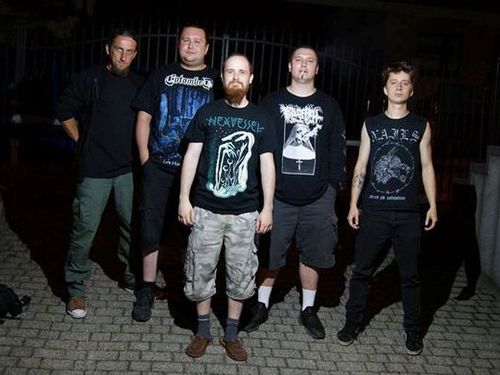 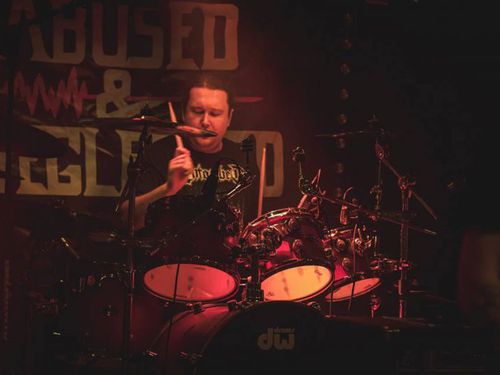 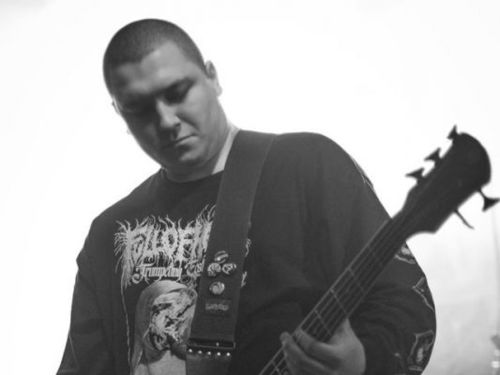 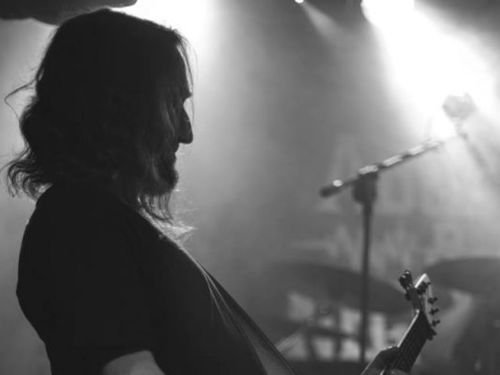