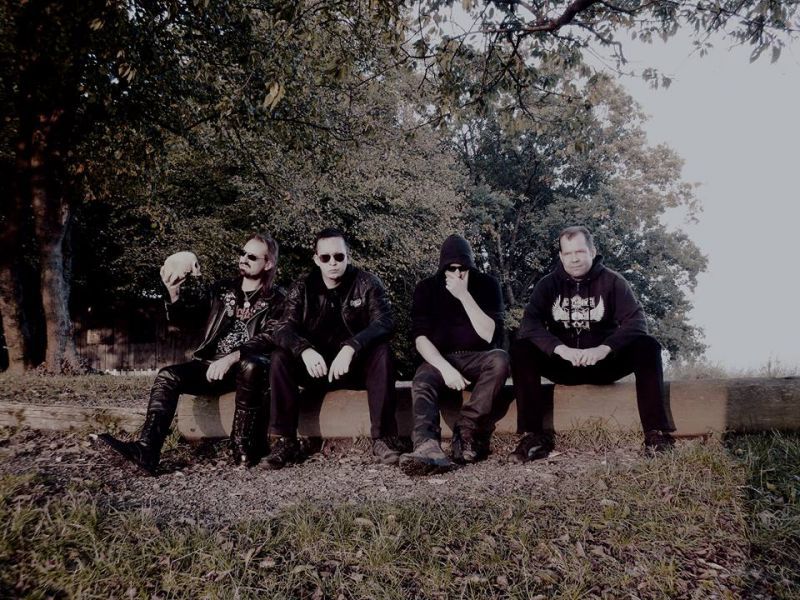 We´re active since 2001, the bandname was the idea of our webmaster and good friend, who passed away sadly years ago - it´s all about hatred, our intention was always to form art out of hatred.

Everyone is between under 30 and over 40 years old, Tim is the youngest and played in some regional Death Metal acts and helped out other bands live, Matthias is the oldest and was member of Dr Death (our band was formed with other members of them). My name is Thogarma and I played in several Black and Death Metal bands since 1994. The best musician in the band for sure is our drummer Cassiel, no further info here. Talking about members and style direction and so on; I´m always wondering about all those bands whose members are all in one direction regarding believe and music... I think there´s one leader and the others are nothing more than followers. We are completely different, everyone in the band is bringing in something special and different, we are totally different personalities with very own preferences. So everything is between open-minded and oldschool stuff... Makes it by far more interesting than just another Darkthrone clone...
For those who are wondering... Yes, there´s blood on stage often (ok, always) but we´ll never use fake blood or something. Make it real or just fukk off. Blood must be shed!

The latest album "Anti-human art" was recorded at the Turnip Music Studio like our classic "Prepare for self-destruction" too. The owner became one of my best friends in the meantime. While writing those crazy words we are waiting for our contract... Hopefully we will bring on the cd version when we play at the "Enter the Eternal Fire" festival in July.

Main language is English, thinking about bringing in our mother tongue too, but we´ll see. Using only German would sound quite weird, for me there are only a few bands wo are able to do that job good. Screaming and shouting in German language could sound a bit like 75 years ago, hahaha... Wish I could speak more Czech words than "Ahoj, potřebuju pivo", your language is predestined for Black Metal, sounding extremely evil to foreign people.
Everything is about hatred, misanthropy, schizophrenia, war, anti-religion, life and mainly death.

Most of the artwork and stuff is Cassiels and his brothers part. They´re professional in it and did another great job for the new album, sadly we can´t show it, waiting to release it...

There are a lot, and for every bandmember another ones... Morbid Angel, Pestilence, Arkhon Infaustus, Burzum... The others may answer this totally different. Inspiration is needful but we won´t copy all this.

Ugh, there were a lot of crazy moments in the last 17 years, can´t name the exactly number.. All gigs had very special moments. Highlights were of course things like the "Open Hell" festival where we played with Dissection. I´ve always enjoyed to play with bands I like, love and worship! The "Enter the Eternal Fire" fest with the mighty Master´s Hammer shall be another big one...

Better to have a couple of dedicated fans out there who unsterstand what we´re doing than a bunch of sheep. We won´t change our way to get more attention by followers. If people like it, they like it. If not, we give a fukk.

Getting drunk with old friends from the Czech Republik after our show in Volyně and of course the album release. After that we´ll see. We have already written new songs like "My escape into nature" and "Traitors first" which shall be recorded somedays - first we´ll play them live... Actally we are writing a song called "Announcement of my death", the wackiest stuff we have ever composed... 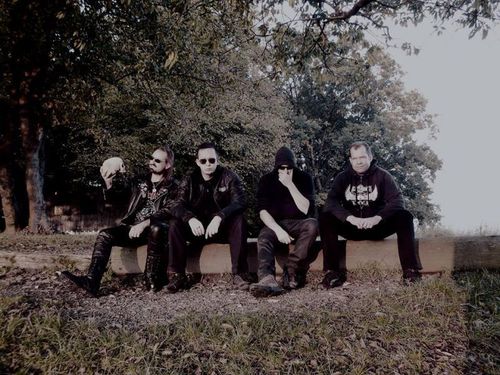 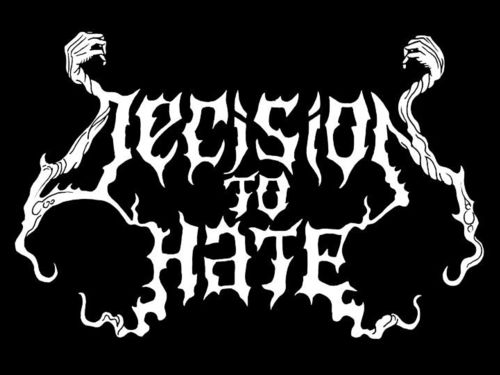