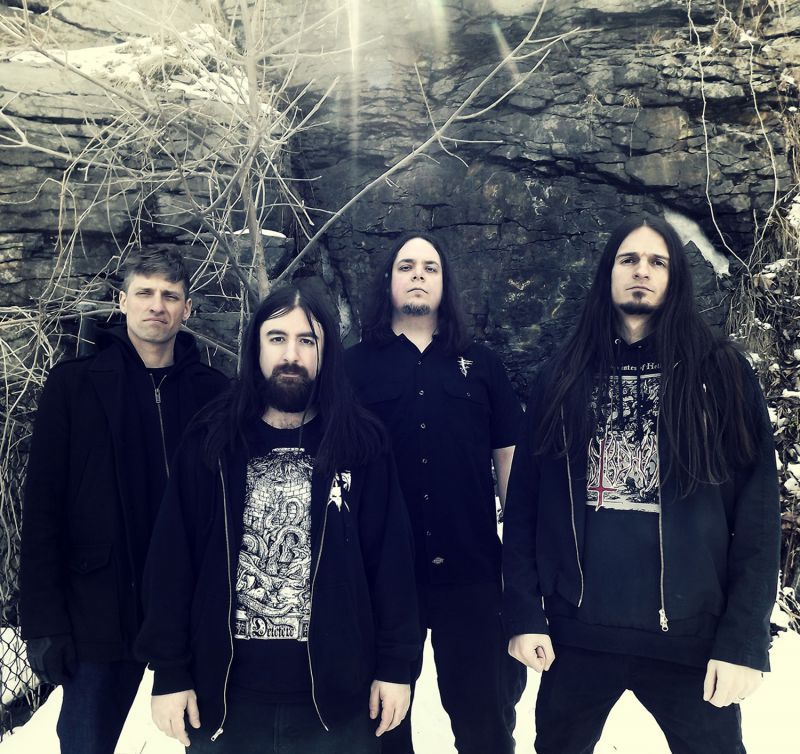 What is the date of foundation of your band? Whats the meaning of the band name? What was the initial impulse to form a band?

BANE, by definition is a source of harm, ruin or death. It somewhat defines the music we play, at least to a certain extent.
The concept was born in the year of 2006, after I exited another band that I was playing at the time due to musical differences. I gravitated towards an Extreme Metal sound while the other guys in the band were not interested to go into that direction. Eventually, when I left that band, I had already written some songs and riffs that ended up on BANE's first demo, which was recorded in 2007. An so it begins…

The situation with band members in BANE is a little bit complex right now, as I have different musicians for European and North American Tours. The reason being is because when I relocated to Canada back in 2012, it was impossible to keep the Serbian band members I had at the time. However for this upcoming European Tour, my brother Lukas Sykora will be back on guitars, while we will shortly announce the bassist and drummer for this run.
As for the North American line-up, we recently welcomed Tommy McKinnon (ex-Augury, ex-Neuraxis) on drums, as well as Stef Deschenes (Obtenebris, Frostbite) on bass, while Max Allard (Frostbite) has been on guitar duties since 2013.

We are currently working on our upcoming, 3rd full-length album which is being mixed and mastered in your very own HELLSOUND Studio, in Czech Republic. The producer of the album is once again, of course, my good friend and prolific musician Honza Kapak (who has recorded & produced all BANE music since 2010). We are currently in the mixing stage and if everything goes well, the album will be released later this year.

Our lyrics are written in English language, as it somehow feels the most natural for me, when it comes to Metal music (or perhaps music in general), at least to my ears. Lyric-wise I tend to touch several themes, mainly focusing on life/death, anti-cosmic realms, and humanity in general...generally dark visions. The lyrics are of course a vital part of the band, although the main focus I would have to say has always been primarily on the music itself.

Visuals have always been extremely important to me, for the band and to the whole Metal genre as well. For a while now I have been working with an amazingly talented artist called Bahrull Marta (http://www.abominationimagery.com). In the past we also had very successful collaborations with Marcelo Vasco, Christophe Szpajdel and Csaba Nemet, who are all incredibly talented individuals as well.

There are really plenty of bands out there whom I will be forever grateful for their music. The first and most notable one, and perhaps the most noticeable one when you listen to our stuff is obviously Dissection, who's Legacy had an unbelievable impact on so many bands, musicians and Metal fans out there, as we all know. Naglfar, Setherial, Dark Funeral, Emperor, Temple Of Baal, Aeternus, Saturnus, Katatonia and Paradise Lost are only a few of many others that influenced me heavily as a musician and songwriter, but really I could easily list hundreds of bands here. Still to this day I seek smaller/unknown bands, listen to new music, buy albums, go to local/underground shows to discover artists, etc...Music in general is my true passion, an undying love and endless source of inspiration.

We've worked with several labels in the past, and for the most part I was satisfied with the outcome. We are currently in negotiations with a few record labels for our upcoming album, so I guess I'll be able to answer this question properly a few months after our new record is released, hehe.

Oh man...we've definitely played quit a few gigs, to say the least. We've toured in over 10 European countries so far, played in Canada, and will go the USA for the first time in October this year. There are really too many good memories, but concerts in Slavic countries always have a special place in my heart. Honestly, we've had some pretty amazing shows almost everywhere, so it's really difficult to single out anything.

Whats your global ambition of the band – working hard on becoming bigger? Or primarily just having fun?.... or anything else?

Even though I love what I do and I get a lot of pleasure from playing shows and writing music, it has never been just "for fun". I think aside from having personal goals and objectives in terms of shows, tours, album sales and what not...it's always been extremely important for me as an individual to be able to express myself through my music. Specially live, as there is a very special moment throughout the performance that can create a bond between the band and the public if the music, the message, and everything behind it is sincere. If it has a purpose, it will reach the right ears and minds, and that's essentially the whole point - to be on the same wave-length as the listeners, to connect with them in an unspoken way.
So on one hand I am not really concerned about how big it gets, as I will always keep doing this until I cannot physically hold a guitar in my hands anymore. For me, the size of the venues and the number of people in them is more or less important...But of course, progress and evolution needs to be happening as growth is inevitable in order to achieve certain things and fulfill your own visions.

We have a few more Canadian shows left to do in June supporting Insomnium and Wolfheart before we kick off our European Tour in July and August, which will take place in 8 or 9 countries, I believe. After that, as I mentioned we will make our USA debut in October, and hopefully will have some new music released as well by then. That will pretty much wrap things up for this year, and then for 2019 we shall see...but definitely more touring, and more Metal. 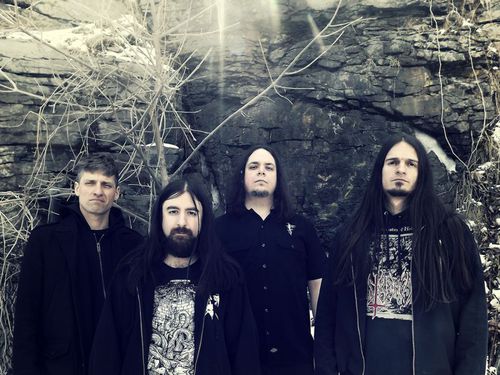 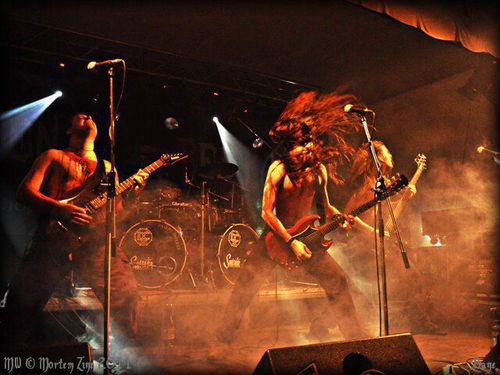