Aad Kloosterwaard has created in the legendary death metal band SINISTER for 25 years. It was a good reason to speak about the last excellent album \"The Carnage Ending\" but even about the history, present times and future plans of the band. 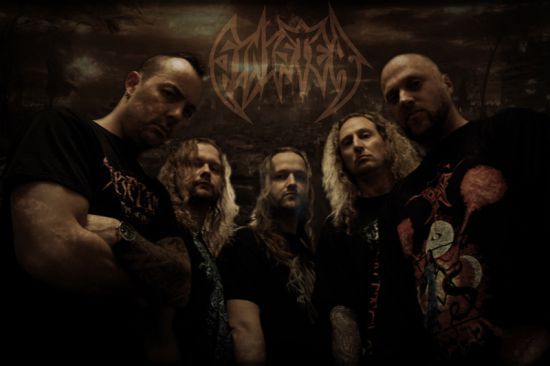 HELLo Sinister. You have just participate at metal fest 70 000 Tons of Metal. What’s your immediate sensation? How the fest was going on and how did you enjoy it?

This was of course really cool for Sinister to play on a cruise. It's something you don't do every day (smile). Everything is there what you need to enjoy this fest. All day drinks, food what do you need more? No it's something I will not forget anymore.

You have released album “The Carnage Ending” last year. How are you satisfied with it after some time? Would you change something? What were the responses, reviews? How the fans react at these songs during your shows?

Man, believe me when I say that we cannot ask for more with this record. The fans really love this record from Sinister. The reviews are absolute killer and the record company is really pleased with us, so as I said we cannot ask for more. When we play live the reactions are most of the time great. The new songs are also for live killer they are brutal and fast as hell but also catchy till the bone. The new tracks we have already for the next record, that will get the title “The Post-Apocalyptic Servant”, are in the same vein as the last record.

You are the last one from original band line-up. There is probably no album which you have recorded with same musicians. What do you think is a reason for that?

Maybe I am a fucking ass to work with?? No man, I don't think so only expecting 110% from a band member when you are a part of Sinister. When you are not able to do this you have to go. Of course a lot of members had no motivation anymore to do this and had enough of making music. I don't like to look back on this too much, it's better to look to the future.

During Sinister origins you have played drums. Now you are singing. Aren’t you missing playing sometimes?

No not at all. Maybe for some people it's unbelievable but I don't miss it at all. I really had enough of this and it was time for something new, I had no pleasure anymore in drums. Now behind the mic I have all pleasure back in making music.

At last album you have cooperate with colleagues from bands Absurd Universe, Supreme Pain etc. Who is signed at last album music as a composer? Are the co-players full members of the band?

All guys are full Sinister members already for 2 years and till now everything is really going great. It's so nice for me to work with guys who have the same passion as me for DEATH METAL MUSIC!!! And I really hope this line-up will stay together till the end of the band, but I hope this will still take a long time.

At album Legacy of Ashes I have noticed return to old Sinister albums style. At The Carnage Ending is noticeable influence of the American death metal school. Album is technical and dynamical but it is still (good old) Sinister. Did you go with this conception to the studio? Or it just happened during recording?

Before we started with making new songs Bastiaan and me talked how the new songs have to turn out. They had to be brutal, fast and catchy till the bone but all in the Sinister way. Bastiaan is one of the new guys who is creating the new songs and he has a different look on creating death metal than the old guitar players, that's why it's a bit more US death metal. But is it a problem?? I don't think so... this is for sure one of our best records ever, this is how Sinister have to sound.

I think that Massacre Records really like what we are doing and that's why they give us still a great record deal and we are really thankful for that and hope to pay them back with a good selling record.

Cover was designed by Mike Hrubovcak again. It almost scared me (smile)! You have told him how it should look like or he just herd record, make his imagination, get inspired and then he draw it? How your cooperation usually works?

I am the one who always come up with the idea for the next cover. We are pleased with Mike he always knows right away what I like to have on the cover. I think this is also because he is also a death metal fan himself and a killer vocalist. When he starts he send me always preview how the cover starts to look like, so I can still say to him when things have to be different. But of course like all artist he gives the cover also his own ideas and that is cool for me as long it makes it better.

Sinister lyrics were always known by combination of poetry and brutality. Where were you looking for an inspiration for The Carnage Ending lyrics? Are in the lyrics reflected also current problems of society?

No fucking way we sing about society (smile). Sinister stands for darkness and of course this is also on “The Carnage Ending” and will be also on the next one. I can tell you already that this will be a concept one... It will be all about sickness (smile).

Covers and lyrics don’t represent any “nice” things. Did Sinister have anytime problems with censorship? Have you been ever forbidden to play at some places? Did you have to change something at you albums?

No not that I know!! But I think we also don't go too far.

Netherlands is taken as a death metal country for many years. What do you think is a reason for that? What’s the current situation? Have you noticed some new, young bands from your country? Could you recommend us any of them?

I think it's because we have a lot of people in Holland who likes metal and all of them like to play in a band (smile). I cannot think of another reason. We have some good new bands I think for sure you will hear more from them later.

Sinister have interrupt their activities in 2004 for a year. What was the reason that band almost split up?

Because I had more than enough to deal with all bull shits from old members. They were taking away all my pleasure in making music... Some of them I really cannot stand anymore because they were killing Sinister with their fucking bull shits.

You have experienced a lot of things with Sinister. Which period you think was the best? Please try to remember to some great experience from that period. How was the Sinister formed? Which album was a breakthrough? Do you like remembering or you prefer to look forward?

I think “Cross the Styx” and “Hate” were the records that gave Sinister the big name in the death metal world. I only like to say that every band had good and bad moments and of course that was for Sinister not different. I am only sorry that I was to long going on with some old members.

Do you think it’s possible to make a living by death metal? Do you normally going to work or you don’t have to because of the CD, merchandise and shows income? Do you have any civil occupation?

No man, everybody from Sinister has day job. That is the price you pay for playing death metal (smile), but we all have to because most of us have children to take off. Also when I have to work next to the band death metal music is the only music that I like to make regardless I make money with it or not.

What’s your meaning about religion?

What’s the current status of your other bands Absurd Universe, Supreme Pain and Weapons to Hunt? Are you preparing new songs? What can fans look for?

For the moment I do only Sinister, we have so much to do that it takes almost all my time. So for the moment I have no time for other things but maybe in the future. There is one thing that Bastiaan and me are working on but cannot say much about this for now.

Do you know any Czech band? Do people in Netherlands know our death metal scene?

Do people from Holland know your scene? I have no idea man sorry for that (smile).

Can we look for your show in Czech Republic in upcoming months?

Do you check new death metal releases? Did some of new record interest you?

Hell yeah of course man... I love this music and I still buy CD's. Really like the last HATE record and new DEVOURMENT is sick!!!

What are Sinister plans for upcoming months? I have read that you are going to release compilation Years of Massacre. Will it content any bonus material (video clip, DVD)? What can fans look for?

Yes Massacre records will bring this out but it's only for the download. At the moment we play a lot of live shows all around the globe and working our ass for new songs. Five tracks are almost finished. We are also checking what kind of covers we will do for the next record... This will come as a bonus disc the same way we did by “The Carnage Ending.

Do you want to say something to Czech fans?

Hope to see you again soon... It's already so long time ago that we played in your country.

Thank you for an interview. I wish you many sold CD’s and a lot of satisfied fans.

Thanks a lot and HAIL THE BEAST. 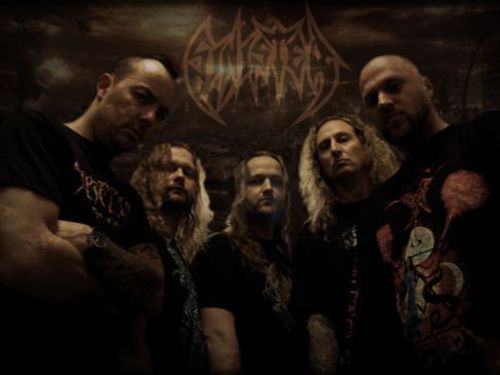 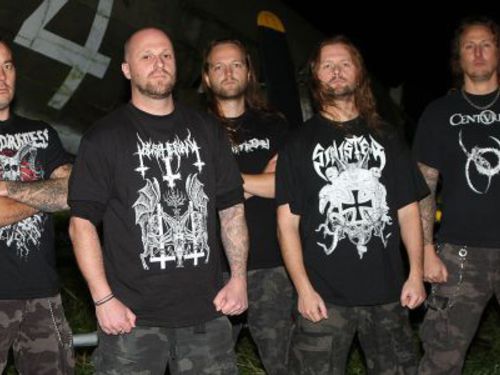 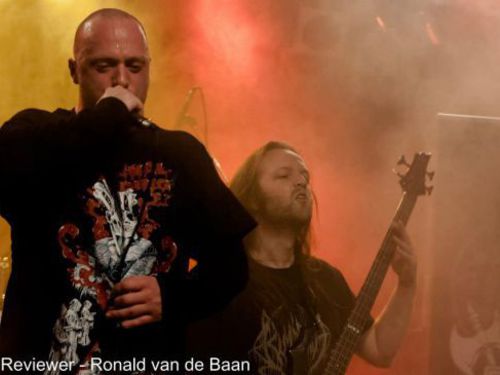 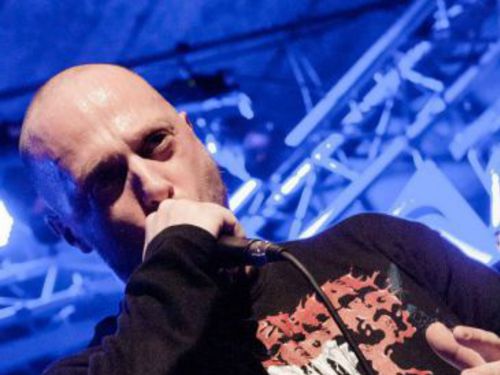 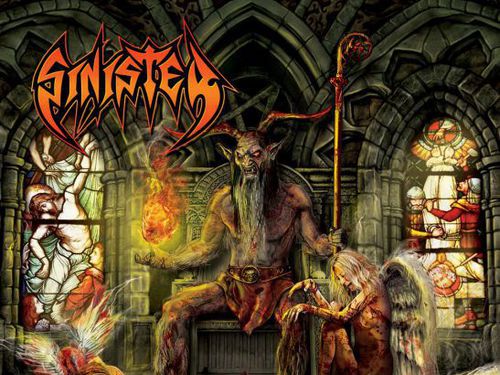