The singer Valery of death metal band Gormenghast has told us about today´s underground scene in Russia. The band is editing new album Resist or Serve this year and I asked about its recording and lots of other interesting questions. 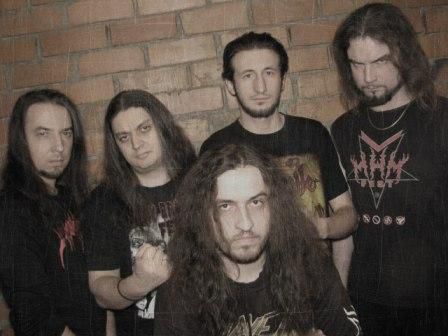 Ave Gormenghast! You are playing since 2008. Your music is for many of the Czech listeners quite unknown yet. Could you please introduce your band to our readers?

Hi, I will start from the band’s name and its meaning.
Gormenghast is the name of the novel by the British writer and artist Mervyn Peake. In fact, it is a huge castle, and many people live in it, it is also known as the Castle of Four Worlds. But if we view it as a certain allegory of the inner world, a person’s thoughts of the loss of identity caused by the overall unification while he is unable to get rid of it.

‘Besides he knows that the eyes are everywhere. The eyes that see each step of him. And the steps following him constantly. And the hands grasping and pressing each resistance, catching when he is falling. Titus doesn’t smile, his eyes are always down’. (M. Peake)

The novel was written more than 60 years ago, but in my opinion these words can characterize the present day situation in our society.

The band was organized in Yekaterinburg in the beginning of the year 2008 by Alexander Volkov (guitar) (D.N.O., Garrota) and Anatoly Kompanets (drums) (Fatum, D.N.O., Garrota) while the celebration of the New Year. Ivan Tarasenko (Bottles To The Ground) plays the bass guitar. These musicians recorded the demo containing 6 songs, after that the musicians’ colleague Valery Negrutsa was invited to play in the band (Tomb, D.N.O.), it was he who decided to name the band Gormenghast.

In July, 2009 the band played the first concert, moreover it was acoustic. The idea itself was rather strange, but finally everything turned out to be very interesting. I think that in some time we will try to release it as a usual album. Then the band played some concerts, improving its music and making its name more well-known.

In summer, 2010 we decided not to perform at stage before we release an album. The band gathered in the studio and started working at the first album ‘Resist or Serve’. In the process of preparing and recording the material one more guitarist Sergey Semyonov (Mortus Est) appeared in the band. We spent nearly one year recording the album. Then the period of its design started, and it was also difficult. Then the material was given to the label for its further duplication.

On the 8th of March, 2012 in Yekaterinburg we made presentation of our album with the support of the merry guys from Suffocation.

You have released your last album in this march. Do you have already some feedback, reviews? What about fans? How do they like album?

There are many reviews for the album. On the whole, both fans and critics like our material. Even the most outrageous opponents of our band admitted that the album is good and has the right to live.

How many pieces of the album were released? Are people in Russia buying original CD’s or everybody just downloading it form internet?

As far as I know, the initial release is 1000 copies and its further duplication is possible only in case of its sales. Frankly speaking, in present day situation it is very difficult, when the majority of people prefer to search for music in the Internet. This situation is typical for many countries including ours. The discs are usually bought by people who prefer to listen to the music in high quality, and unfortunately there are not so many of them.

When I firstly took your CD Resist or Serve to hand I was really impressed by beautiful booklet. Who is its author? Is the booklet somewhat related to songs?

The design of the cover was made by Jon Zig. As far as I know he also designed the cover of the last Suffocation’s album. The cover of Resist or Serve is a certain vision of the inevitable power destroying the ancient civilizations of the Universe and able to destroy our fragile Earth which is based on deceiving, slavery and sufferings.

In which studio you have recorded  your album? When I consider that Resist of Serve is your first album the sound is really great. Have you contributed somehow on that sound or all it is work of sound engineer?

We recorded the album in the town of Vishnevogorsk in the studio of our good friend Yuri Zlokazov, before that we were working at the recording of  D.N.O. "Do not open". He is a very good sound engineer, who tries to achieve the best result in his work. I remember that in the process of completing the recording we had nearly ten variants of the album and we chose the one we found the proper. I don’t know how he does it, but he knows his work at 100 %.

Who is the author of the music? Is anybody of you main composer or do you compose whole band together?

All music of the band is composed by Alexander. All the other members of the band add something personal to the arrangement in the process of its making. In fact, it is collective creative process and in its basis there are one person’s ideas.

What are your lyrics about? Do you try to tell something by your lyrics or send some message? Where do you find inspiration to the lyrics?

The lyrics of the band are about the fierce fight with the social slavery. Of course, in our style it is difficult to understand the vocalist’s pronouncing the words without the booklet with the lyrics. But the texts give the song its final sense and create its mood. We take the inspiration from the life around us. Freedom of speech is not more than words, several people use the lives of millions of people in order to satisfy their own needs; propaganda spreads the mere nonsense turning people into slaves from the cradle.

I really like your sensitive combination of the old school death metal with more technical death metal parts. Each song is a massacre while has a clear melody. Was this a purpose or it just happened during composing? What development can we expect from Gormenghast music in the future?

The unity of brutal and melodic is a characteristic feature of Alexander’s songs. I think that in the future he will either change or add something. But in any case it will be death metal in the way we know and without it life will not be so interesting.

You come from Russian city Jekaterinburg. How is it going with death metal there? Does the city (state) support underground culture?

In Yekaterinburg death metal stage is not very numerous. But we have concerts rather often. On the whole, the other bands play rock or alternative music. We have festivals with the support of local authorities, but we are not invited to play there because we are too loud and heavy.

What about the death metal scene in Russia? Do you stand together with other bands? Do you supports each other or it is difficult because of the long distances in your country?

On the whole, death metal stage in Russia is rather well developed. Of course, great distances play their role and the joint tours happen not very often. But I can say that nobody humiliates the other’s dignity. I don’t remember somebody proving that he’s a star, there are simply more and less experienced bands.

When you play in your hometown how many people are usually coming? Do you organize some metal fest in your city?

About 200 people come to our concerts, and it is not bad. We act like assistants while the organization of the festivals, if the organizers have any difficulties with the equipment or any other technical items.

What are your ambitions? Do you want (or even plan – smile) to succeed in the foreign countries? Do you have some offers for a concert or new album?

We have ambitions, but on the whole they are connected with commercial expectations from the album’s release. That’s because of the fact that we live in the strange time when somebody wants to play roulette with our tomorrow!

We would like to recommend Pseudogod - Deathwomb Catechesis, and speaking about the bands playing the same style like we, these are Act Of God and Devilish Distance

I’m always curious what are musicians listening. Which are the favourite bands of Gormenghast members? What do you listen?

I can say that Sergey and Anatoly are the great fans of Morbid angel, Alexander likes Gorefest, Immolation and any nice guitar playing and that’s why he can listen to absolutely all, Ivan admires Russian rock, I listen to only metal except such shit as In Flames and the bands like it.

What are your plans in upcoming months? Don’t you plan tour around Europe? Are you going to visit us in Czech Republic?

We have plans to make a tour in Russia, but only in the cities where there is the demand for our music. In future it is necessary to play at a nice European metal fest, we will be glad to demonstrate that energy which we are famous for at our live concerts.

Is there anything you’d like to say to the fans, concert organizers, labels etc?

We start the new stage of the band’s development, and it means that we will make ourselves and our fans happy with our new material. We are already working at our new album, we have plenty of ideas! For us it is very important to keep the feedback with our fans as they can make a great influence on the contents and the sound of the new album. We are with you and for you!!!

Thank you very much for an interview, wish you a lot of inspiration for the next record and a many satisfied fans. 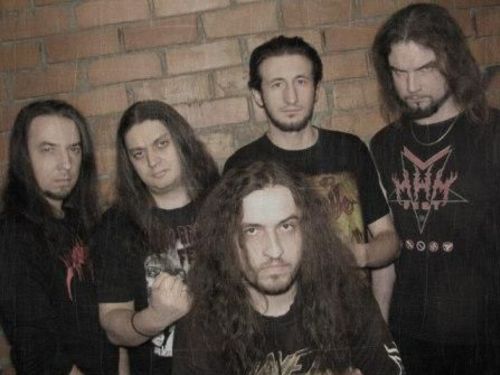 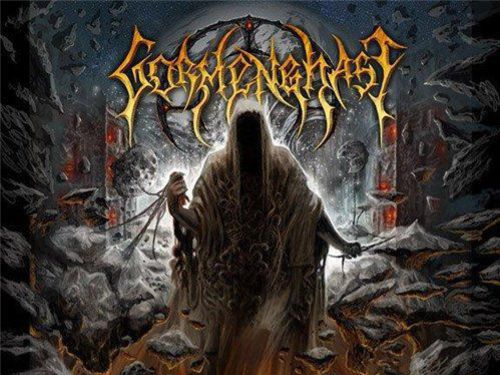