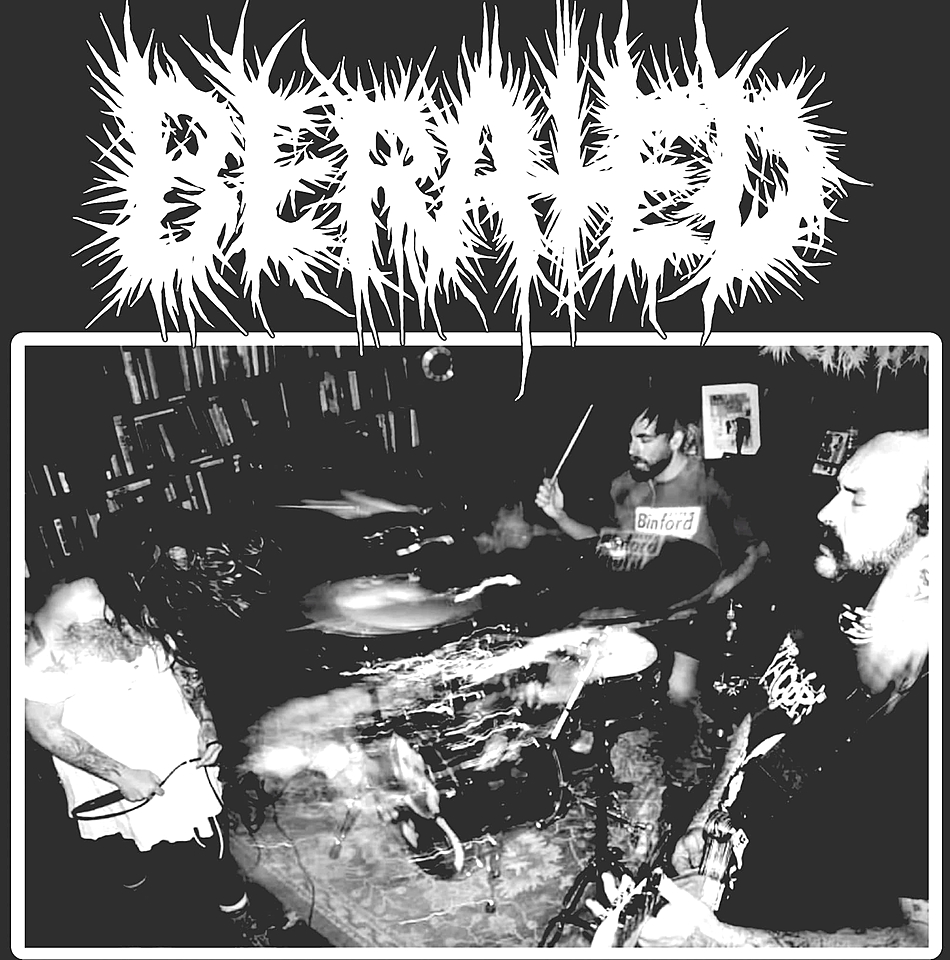 Can you introduce your band BERATED at first? Your short history, band members etc.

Currently it's me (Josh ). I play guitar and make noises! We got Paul who plays drums and makes the samples. And Caitlin who kicks out the vocals! Just a lean mean grinding violence machine!

You currently have a new singer. Why did Sean leave the band and what will you tell us about his replacement? Caitlin has sung in some bands before, haven't she?

Sean left to focus on his main gig (NOCTAMBULIST, death metal – notice Bury), it was inevitable as he was a fill in for our first singer CJ who we parted ways with early on. Both guys were great and are doing cool things with their other projects. And we wish them well!
Caitlin is rad probably the best fit for this band. And yes she has she was in a few I was aware of one being VOMIT SLAUGHTER and her latest was BED OF MOSS. Hopefully we have a long career together. I can't say enough about her she's got a unique voice and really puts in the work and is always up for practice and working on new material. The next recordings are gonna destroy!

What can you tell us about your recordings? How many are out there and how satisfied are you with them?

There are four recordings. The first was the demo / Buscemi tape. CJ did vokills on that one and it was put out on tape by Legion Productions here in Denver. It was a solid first recording like any recording it could a have been better but we were stoked!
The second was the self titled full length. This one featured local cover art and Seans debut in the band. We re-recorded some oldies and dropped some new stuff. I wasn't a fan of how it was recorded but It wasn't terrible.
The third and fourth (technically recorded at the same time). Mid 2020 we went to All Aces Studios to lay down 6 tracks  which make up the „Prescribed Burn“ EP and the „Immersed In The Worst“ split. This was all new stuff we'd been working on pre pandemic and new stuff after the Initial infection. We were pretty stoked on how it came out and in my opinion the best recordings we have to date.

Your last recording is a 3 way split CD with IMPULSEALER and SYSTEM DESTROYER. How did it come about? What can you tell us about your part of the recording? And how do you like the other two bands?

It's a weird story but at first we had a different split planned that never worked out and it was like the next day the SYSTEM DESTROYER guys hit me up and asked if we wanted in and I jumped on it. I thought it was a cool idea to get bands from all over involved. SYSTEM DESTROYER is great and the IMPULSEALER guys are awesome too! We still talk and keep current! Also Hecatombe Records who put it out globally are still hip to BERATED and hopefully we get something going again soon! Like I said in the last question, it was recorded at All Aces in Denver by Austin Minney. He knows the chainsaw sound and you know THE SAW IS LAW!

What music shaped you and which bands inspired you to found BERATED? And do you know any bands from the Czech Republic?

All of us from CJ to Sean to now Caitlin have really great musical influences. Me and Paul also. I came up playing and listening to a lot of punk rock/metal. I think the last 10 years I've been getting into a lot more grind/powerviolence. And Paul is a musical wiki like he's all over the place which makes. For a great musician  there's so many bands we could list it would take 10 pages probably. For the Czech bands aside from IMPULSEALER, GRIDE, LYCANTHROPHY and NEEDFUL THINGS that's about it. But we're always checking out new shit on all the platforms!

What you can say about your lyrics, what you sing about?

We like to keep it real keep it current. America like most countries right now is a mess  humans a whole are just fucking up. So we wanted lyrics to reflect that we're misanthropic we touch on a lot of things but try not to be pegged as one flavor.

And what can you tell us about your cover artworks? Do you always have idea of what they should look like? Why is Steve Buscemi (on my side, my favorite actor, who is unforgettable mainly from the movies Big Lebowski, Fargo, My dearest bar and actually everyone else) on one of them?

I do a lot of our art from my phone while at work haha. We had a friend do some art for us on the s/t. And „Prescribed Burn“ was Sean's idea/art.
As far as Buscemi he's a symbol of RADNESS as well as.the huge talent in an underdog package plus he looks crazy. It's a compliment to him. Our song „Buscemi“ is like an ode to his work in Fargo,  listen to them lyrics!

You're from Denver, what can you tell us about your city? Worth visiting it? Of course, we know the Colorado Avalanche hockey team, which in the past was played by, for example, Milan Hejduk from Czech (or Peter Forsberg or Joe Sakic too). :) Conversely, what do you know about the Czech Republic?

Denver's a good mix of scenes good place to write angry music. It's popular for doom now with bands like KHEMMIS and PRIMITIVE MAN. And we also had CEPHALIC CARNAGE just to name a few. But there's also a big hardcore thing happenin a melding of sorts grind, fastcore, hardcore, death, its churning out something brutal it'll be exciting to be apart of for sure!
Sports are here nor there for us but, we do have green Chile which is pretty regional here but look it  up make some..  enjoy!

Of the Czechia we don't know too much. Not as much as we should aside from all the political strife over the years the school system in the U.S. is garbage compared to a lot of other countries they teach us about our history by victory which is really fucked up once you really learn the facts and unfortunately other countries don't get lumped in it's this western ego that's gotten us into so much shit I think.

And what about bands from Denver, and from all over Colorado? Can you recommend some that we should listen to?

Thanks for the interview and I will ask for a conclusion on your plans for the future.

I guess we really dive into some new music with Caitlin and get some solid recordings out maybe tour we have a split in the works with BARREN from Belgium and it should be released on Grand Vomit Productions next year. Caitlin and I both have young kids so touring is always difficult but it'll happen and it'll be rad as far as knowledge.
I guess we're gonna keep playing hard and fast. And hopefully I'll drop dead on stage with a smile on my face. And we're eternally grateful for you guys  having a chat with us. Thank you! Love BERATED! 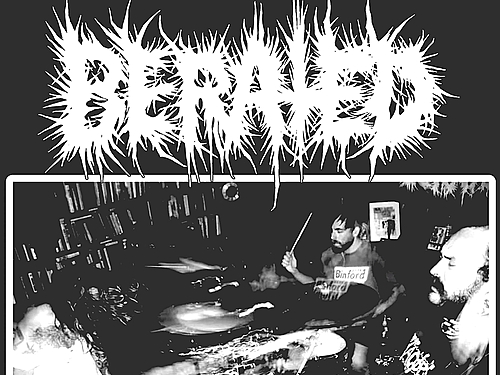 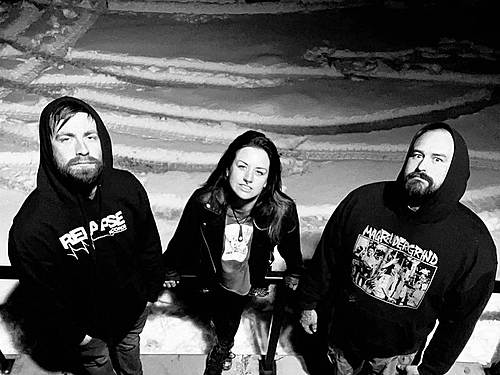 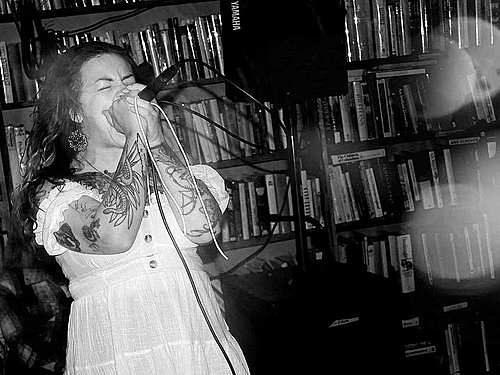 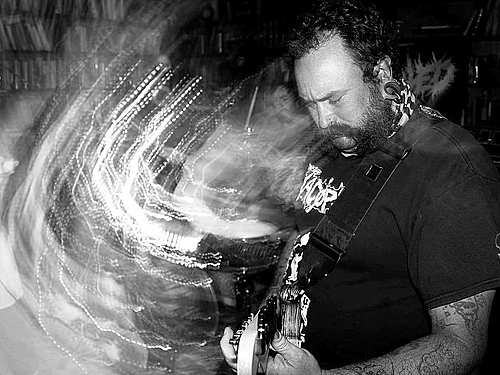 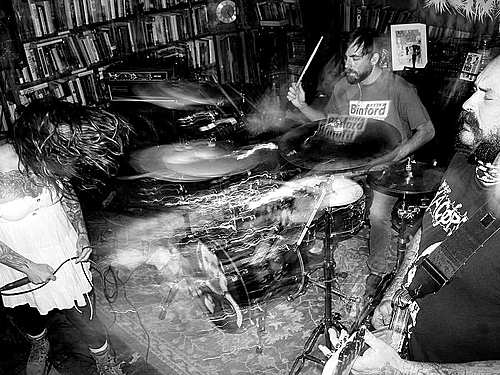 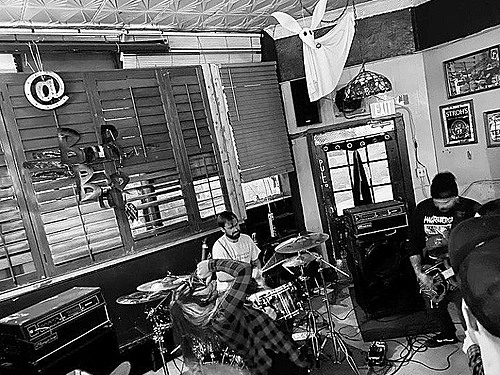 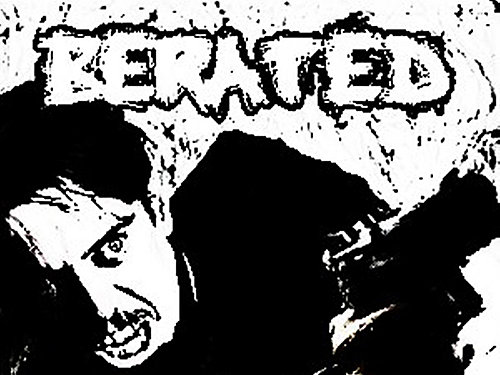 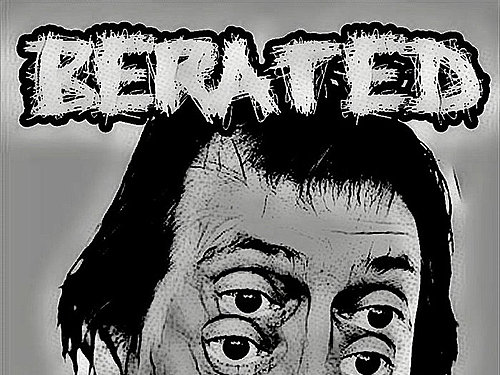 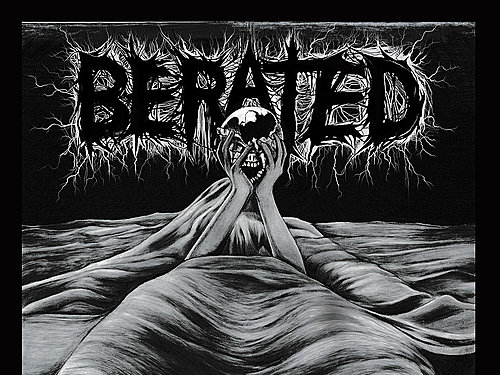 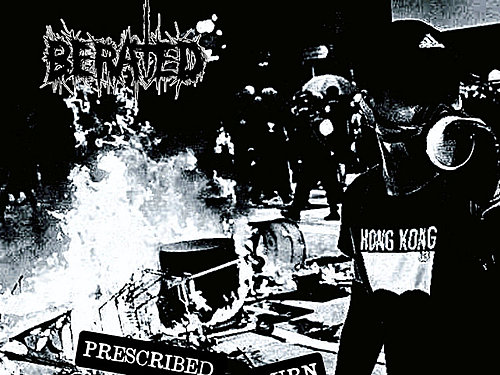 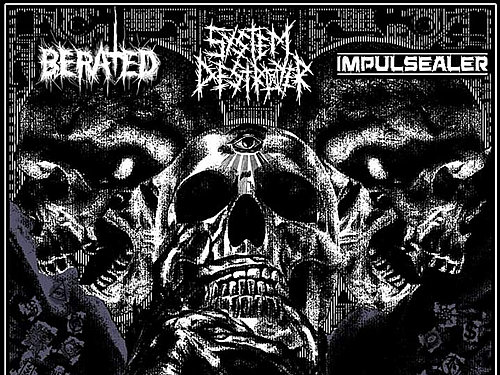 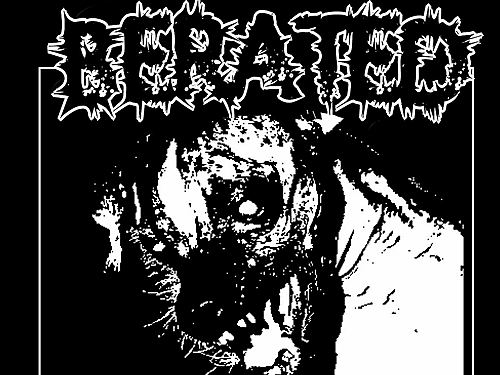