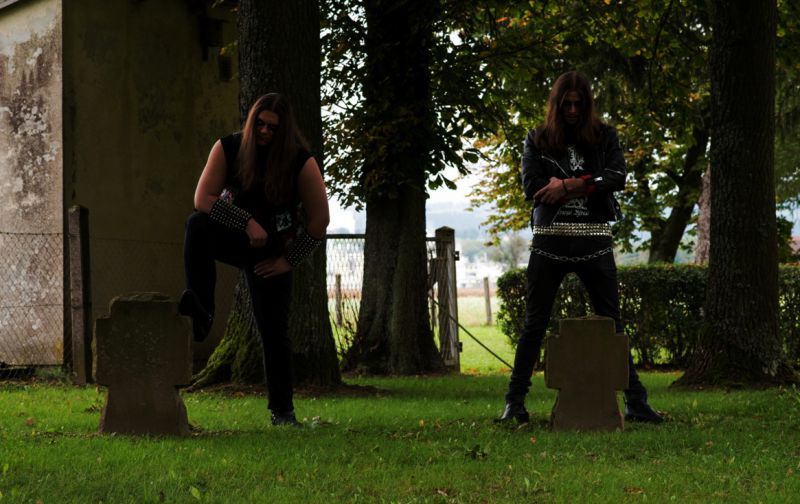 Prediction was formed in the middle of 2013 under the name „Gorgos Prediction“, 2014 we changed our name to Prediction. The meaning of Prediction is the same like a prophecy, that means we predict the future of hell! The impulse to form a band is just to make old school music and have fun. Meanwhile its the biggest passion in our life.

After our second album „Hell Strikes Back“ (2017) we released this year a 7“ Vinyl Single with the title „No Tombs For The Holy“. It includes one intro and two songs and represents a little foretaste of the third album. We recorded the single at DeepDeepPressure Studios and release it by ourselfs. The business is going well and the single got really good feedback.

All our lyrics are english cause we don`t want to sing in our language (german), we don`t like german language in Metal. The topics of our lyrics are like the typical lyrics from this genre. We sing about Hell, Satan, Blasphemy, the Evil, Alcohol, Violence and about the Metal scene.

The Cover of our first album was drawn by Adam Pühringer (Eisenhand, Heavy Metal) and the cover of the second album was painted by the master Velio Josto from Italy. The layout of the albums, promotion material is made by ourselfs. We think good covers and desings are important for a band cause nobody want`s to see some rediculus stuff, right? :D

We don`t have any experience with labels cause we don`t work with one in the moment, all our stuff is self-released!  But we are think about working with labels for the third album.

Thrash Nightmare Fetival will be the concert number 35! All of them were great but our favourite concerts were the support for Whipstriker/Apocalyptic Raids in Germany 2016 and the two day Mini-Tour Graz/Salzburg (Austria) this year.

Of course working hard on becomming bigger, but we don`t want to get comercial, we want to stay in the underground area.

Your plans for future? And are you looking forward to your show at Thrash Nightmare festival vol. 6? :-)

Of course! We vistit the Thrash Nightmare Festival last year for the first time an it was a blast and it`s an honor for us to be a part of Vol. 6 and play with bands like Sodomizer and Necrodeath. About the futureplans, we work in the moment on our third album which will be released in 2020 and we are confirmed for some great festival gigs for the next year.

Stay tuned Bastards and don`t forget, Stryper is the enemy!!! 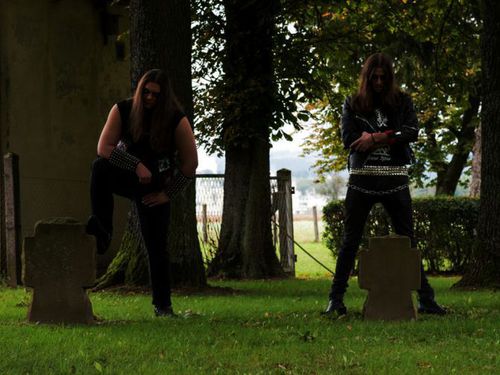 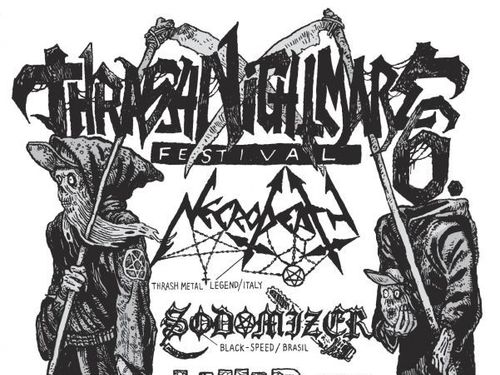