BORGNE – I still make albums like a movie, with a start and an end, a story and a timeline. 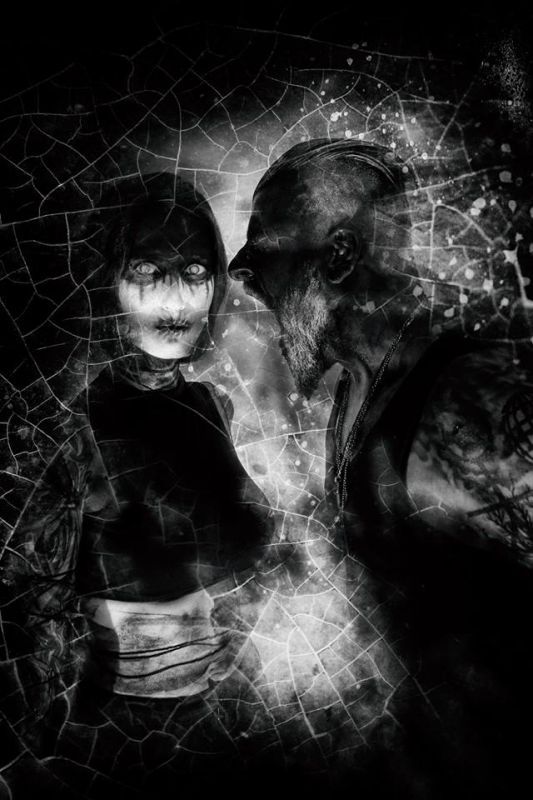 Greetings, how is life going in Switzerland?

When you live in a country surrounded by forests, mountains and lakes, everything can only be fine.

The new BORGNE album was released on April 8. and is named "[∞]". What does this number mean for you?

The new album is packed with a cold, we can say cosmic atmosphere. Does the cosmos inspire you?

I’m always inspired by cosmos of course but this album is more about Chaos, darkness, feelings, loneliness, anger, insanity, suffering and death… 8 words to describe it.

What influenced you during composing "[∞]"? Your music is, at least for me, a meditative stuff. Does it have a similar effect on you, when you are composing? Are the negative aspects of being your "driving engine"?

My life in general is the fuel for my albums. Nothing but what’s happening in my head and around me. But I’m sure there's many ways to understand it.

When did you start writing material for the new album? How long did it take?

I've started 2 years ago. I only start when inspiration comes and it takes as long as needed. I try to never have deadlines. I don’t want to feel like I have to do an album. This is probably why some albums took quite long, like Borgne II and III.

On the album, there is song divided into two parts: „I Tear Apart my Blackened Wings pt. 1, pt. 2.“. Why is it divided? What are the lyrics about?

It’s a song about when you cut off your “black wings”, your “dark side” for a while. You try to climb a mountain, but who will follow you? Same when everything's falling apart and only the strong will support you. Kind of “fuck you all”. I didn’t want to make a 20min song it's why there's 2 very different parts of the same theme.

Have you approached to the new stuff with the similar vision as on the „Régne des Morts“, or did something change?

The new opus is a bit different About the lyrics and about the music. The trilogy is over!

I still make albums like a movie, with a start and an end, a story and a timeline. It’s never a random songs compilation but a real story from the start till the end. Every song has a meaning and I hope you can discover it by yourself.

You are signed with the Avantgarde Music label. How did you get to this great label? Do you plan to stay with this company in the future?

We were supposed to work together 10 years ago but it wasn’t the right moment…We finally tuned our strings together to make that 20 years celebration album and I’m so proud to take part of Avantgarde Music. We didn’t spoke about the future but if everything works everything continues.

You record all the musical instruments except the keyboards. Can you describe, how do you compose? Are you composing together in one room with Lady Kaos?

Lady Kaos is now an Official member and she take part of many stuff inside the band.

About the songs I usually compose and record everything alone and I send all the waves to Lady Kaos.  She arranges some Keys parts and we record everything together in the Chaos Studio. Nothing special, except she never do what I have in mind and I’m always amazed of that she has done.

How do you adapt to live shows? Do you have permanent "live" members?

Since 2011 I must think that the songs might be played live as well. I’m using samples on stage to be closer of the original songs but live everything become more aggressive and industrial, less atmospheric and ambient…

I have some permanent live members, poor them…

I guess you do not play live very often. Do you have any concrete plans for live shows in the future?

I don’t want to play every week everywhere with Borgne. I select every single show together with the live members. So yes we play maybe less but better shows.

We were into the creation of the new album and we had some offers. All shows will be announced as soon as needed.

You play industrial black metal. Probably you get this question very often, but how much  have you been influenced by DARKSPACE or BLUT AUS NORD?

I’m not influenced by any of those bands and for me industrial sounds like Ministry or Nine inch nails or some EBM horrible stuff hahaha my influences are more outside black metal.

Can you imagine to compose clearly industrial/electro album?

Why not! That can be interesting but maybe a collaboration with someone who understand machines better than me.

You live in Switzerland. Are you interested in the scene or do you live only by your own project?

I’m interested in the scene until there's something interesting in it. There's some cool bands here like somewhere else.

What are your favorite music projects? I´m not talking only about metal..

Thank you for your time, the last words are yours..

Thanks for your interview and see you in hell. 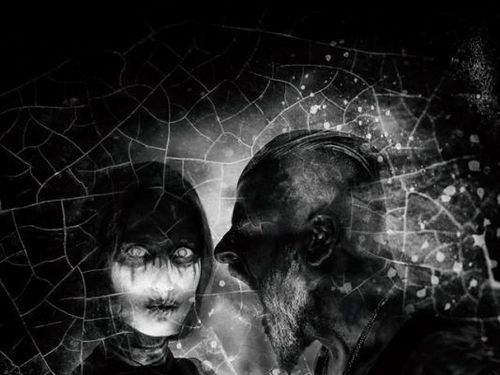