DJEVELKULT – There is a lot in waiting for DJEVELKULT, our second fullength is coming out this year. 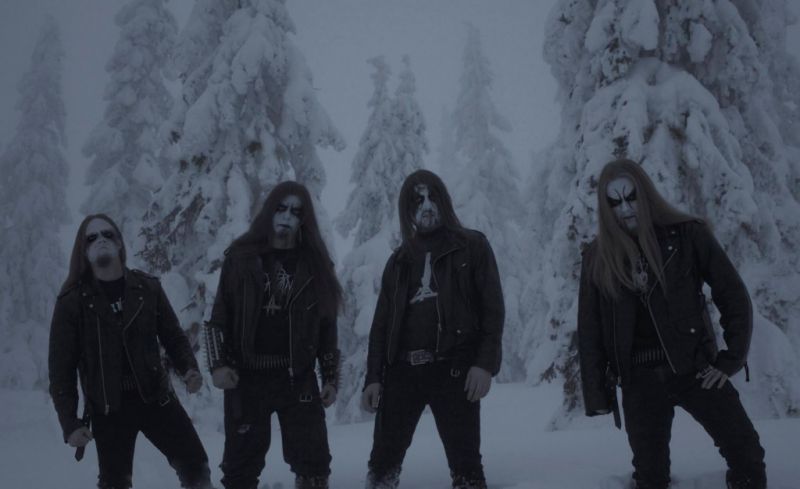 Greetings. Quite well I'd say, just had the last weekend at the Inferno Metal festival in Oslo, it was great and I saw many good metal bands there. And there is alot in waiting for Djevelkult, our second fullenght is coming out this year, as well the split album we are doing together with Kyy and Nihil Kaos.

Your new album "Når Avgrunnen Åpnes" comes out on May 25th. That's four years since your debut. What are the differences on the new record?

The style of the music is the same, as many songs are songs we composed and rehearsed on the years before ''I Djevelens Tegn'' was recorded.
But the approach to the recording itself is more necrotic and raw than the first album itself. We started the recording of the guitars 3 years ago in Klevens sound-dungoen and it was a time of change within the cult that slowed the process somewhat up. But in the summer 2016 we went back to our original ''I Djevelens Tegn“ lineup and finished the recording of the album in 2017. Kark of Dødsengel then did the mix and master of the album.

Have there been any line-up changes since the recording of „I Djevelens Tegn“?

Yes, right after we released ''I Djevelens Tegn'' in 2014, Ond decided to leave the band to focus on his private life. And shortly after T.Kolsvart joined in to handle the drumming for our concerts at that time. As well as Kleven joined in on live-guitar and Draug from Kirkebrann did vocals on some gigs. It was a time of uncertainity and we tried out different things for the band with other members. But when Ond joined back to claim his throne in the band in 2016, things went back to our old ways.

I was suprised by really beautiful artwork of the new album. What does the painting shows?

It an illustrated artwork that gives vision to the album tittel, ''Når Avgrunnen Åpnes'', which means As the Abyss Opens. The artwork speaks for it self.

This artwork was painted by Peruan Jose Gabriel Sabogal. He is well known for his artworks for INFERNO, BESTIA ARCANA, WHOREDOM RIFE, ... how did you get to work with this artist?

We got in touch with him during our recording process, and luckily for us he was able to cooperate for this release. It was great to work with him, and the final artwork turned out brilliant.

What are the lyrics about? Will they be in your mother tongue or in English?

Our lyrics all concentrates around Death, Darkness, Devilry and Blasphemy. We expresse ourself in our own way, in using both English and Norwegian, all after which way we want to reach out with our message.

In support of the new album you will go on a tour with Czech NAURRAKAR. Can you give us some details? How did you get in touch with NAURRAKAR?

Actually we didnt expect our album to be out before the tour, so thats just pure coincidence. Angmar of Naurrakar attended at the gig we did together with Sarkom at Hamar in october 2017, and he got in touch with us shortly after with the request to join them on a tour this summer.

With which kind of vision did you actually found DJEVELKULT? We can say that you are playing "True Norwegian Black Metal". Do you want to keep this tradition?

The vision has and always will be Black Metal. We are norwegians, yes, and we have a true vision of our goal for the band. But to label us TNBM have never been a goal in itself.
We do as we want with our black metal music.

How did this genre change over time? The 1990s are long gone, but there are new bands such as DARVAZA, WHOREDOM RIFE, OTOH and DARK SONORITY that keep the Norwegian BM flame fresh.

First of all, I would maybe call Darvaza slightly more Italian, atleast a mix. Enough can be said about how the genre has, and hasn’t changed. However bands such as Whoredom Rife and OTOH  shows that it’s still possible to give out fresh and intense BM.

One of the scene mats are DIMMU BORGIR, who recently released the single for the new album "Eonian". Did you have the chance to hear it? What do you think about the commercial direction of these bands?

Dimmu Borgir are doing their thing, which is ok, but I don’t like it. The two new singel’s is far away from what I would concider black metal, but I really wouldn’t care much what they do.

Is Christianity still the great enemy of today's Norwegian black metalists, or has your attention turned anywhere else?

Traditionally yes, which is reflected in some of our lyrics. However other religions should vanish from today’s society. To call it the great enemy would not be entirely true, concidering recent news about antifa destroying for both artists and venues with often no valid reason.

Norway is presented as a "happy" and rich state. Is that really so? Do you enjoy life in Norway?

Except for alcoholprices and high taxes, yes. We have long, dark cold winters, and some of the most stunning nature in the world to fuel our music with new energy.

Have you found interest in certain new records lately? I´m not talking metal only.

Lately ive enjoyed  album of artitis like Deathcults - ''Cult of the Goat'', Djevel - ”Blant Svarte Graner”, Hällas - ”Excerpts from a Future Past” and Aegrus - ''Thy Numinous Darkness''.

Thank you for the interview. The last words are yours..

Thank you for your time. 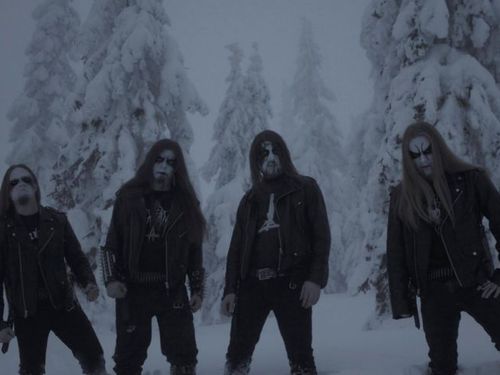