Interview with Damon from MOURNFUL CONGREGATION. 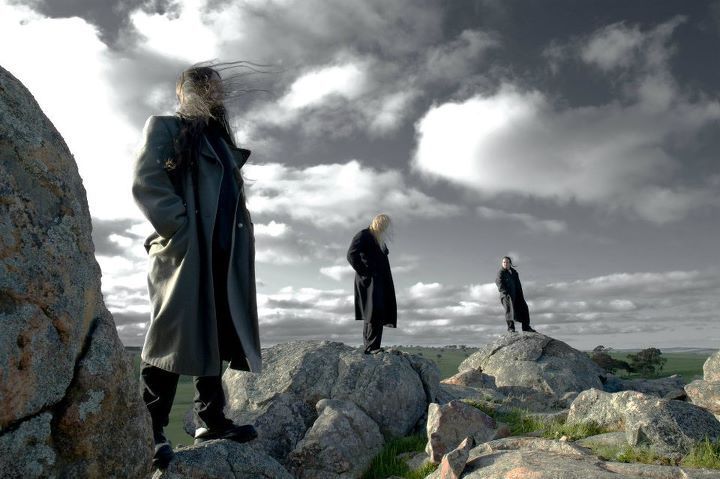 Hi. Yes, all good here thanks.

Your new album „Incubus of Karma“ is being released on 23rd March. What will the record offer? Is it unique in any way?

Well, it is a long record, 80 minutes but only 6 songs. So there is more territory covered and more twists and turns compared to our last album. Being only our fifth album in 25 years, it is definitely unique. Immediately, I would say it has it's own production, it's own tonal qualities, its own overall vibe. But beyond that, it is not for me to say.

We've been waiting seven years for the new album. I know that pauses like that are nothing unusual in funeral doom metal, however, I have to ask – why did it take so long?

Obviously we don't operate upon any standard cycles established in the music business. Whatever they may be. And we conciously decided to have no deadlines or to be rushed in any way after our last album. So this is just how long it took. Simple as that. But in those seven years, we did do quite a bit of touring, released an EP, and the recording/ mixing of the album took over a year in itself. So it was not time unaccounted for.

How does your composing of music look like? Is the whole band active, or is there one person who has the lead?

I write all the music to start with, yes. It can span years, but when the basics are done, I will give it to the other members to add their parts. We are not a band who writes together in the rehearsal room or anything like that, everything is about precise composition from start to finish. Quite often alot of the best metal bands, and generally the best composers throughout history, have one main song writer. When this changes in bands, often the initial itegrity gets lost. And it's not hard to think of examples! So we tend to stick to this formula. Another big factor for us is the mixing and production. Not that we go overboard with FX or studio trickery, but Justin and I spend alot of time trying to maximise the effect of every section of the songs. So although it begins with my lone wanderings, it ends with the whole bands input.

Who's the author of „Incubus of Karma“ cover art? It surely has a deeper meaning, what is it?

We worked with the masterful David D'Andrea for the whole album layout and art on this album. The inlay and lyric pages took inspiration from The Rubaiyat of Omar Khayyam, filtered through David's mind, and the album cover itself was based on the double vajra from Indian and Tibetan lore, once again filtered through David's mind. As far as deeper meaning, we thought it nicely represents the four cardinal points of the universe, upon which karma operates. We also like the power of stark symbology, of which this symbol nicely represents. We like symmetry, we like geometry. The universe likes this too.

What's your inspiration for lyrics? Is it an introspection of your inner self or your life experience?

The lyrics on this album are more introspective than ever. Life experience yes, but not the mundane outward aspects of existence. More the novel esoteric inner aspects of existence. Because we only have four songs with lyrics on this album, I can say they were fairly directly inspired by The Rubaiyat of Omar Khayyam, meditative states, some entheogenic experiences, and occult theories on the cosmos.

Have there been any line-up changes since the recording of „The Book of Kings“?

Only our drummer has changed since then. Our long-term drummer Adrian Bickle left the band in recent years, but since 2012 we have worked with the drummer on our new album, Tim Call. Other than that, it is the same line-up.

Are you planning a tour to support „Incubus of Karma? How did you enjoy Prague last time you've been there? I hope to see you here again.

We have some smaller live excursions lined up. We just played Netherlands Deathfest, we will play Migration fest in the US in July, and Madrid is the Dark in December with a small European tour (hopefully including Prague!). Man, I love Prague. I have spent some time there twice for holidays, and played there twice. Prague, and also Czesky Krumlov are magickal places for me. You have such a rich Bohemian Occult history there!

You present yourself with lurking, creeping funeral doom. That's usually a finnish business. What brought you to this genre?

Ha ha, yes, well you cannot beat the Finnish for lurking, creeping music. I would say alot of the English bands informed our style, but blended with all the underground stuff of the day from all over the globe, including Finland of course. Maybe on top of all this stuff, Disembowelment were one of our biggest influences. Without them, we may have sounded very different, maybe not. Back in the early 90's, it was a matter of knowing what we wanted to hear, and trying to seek out bands doing anything close to that. And there were few and far between actually doing anything close back then. So we endevoured to create it ourselves.

Do you think doom metal is still a minority genre? If so, why?

Yes it is. As popular as Funeral Doom is, it is still not over-swamped like alot of other sub-genres of Metal. Probably because it takes excessive patience to execute well. It is not a frivolous undertaking. Although I speak of Funeral Doom in particular. There are alot of uninspired bands out there under the flag of Doom, and alot of it is lazy and boring.

Can funeral doom serve as a sort of a therapy? The cleansing of soul? I myself bear this opinion. What is yours?

Certainly in my younger days, Doom would give me those spine tingles, it would hit a spot not many other types of music could. It is cathartic. And inspired from those experiences, we try to capture that in our music today. It is rarer now that that spot gets hit, but you know it is there. So it is a matter of trying to manipulate those feelings through your music. Which is an amazing fact that music can even produce these feelings in a human. But if you feel it, it is undeniable.

I almost never read fiction, but when I do, it tends to be Lovecraft. I recently re-read a Lovecraft omnibus, and although I was familiar with all the stories, it hit home with utter relish and reignited my deep wonder . It seems like more than mere fiction to me.

Lately, Australia has been acknowledged for its death metal bands such as PORTAL, IMPETOUS RITUAL, GRAVE UPHEAVAL, TEMPLE NIGHTSIDE… Do you know the rest of the scene, or do you only focus around your music?

Well I guess I have taken notice of the Australian scene since the underground days of 1990 or something. 'Zines, demo trading and all of that. So yeah, it's cool to see bands from Australia get respect overseas and make an impact in the worldwide scene. There were some great bands from the early days who never made more than a demo or two. But now I think the best Australian bands have been discovered.

By the way, since we're talking death metal right now – what is the state of CAULDRON BLACK RAM project?

We just played our first European show at Netherlands DeathFest in March. We also started recording our fourth album late last year. So we will have a new album out late this year. It will be a killer.

Have you found interest in certain new records lately? I'm not talking metal only.

Not really. I really have not bought anything current for a while. The new Master's Hammer maybe?! The new Hammers of Misfortune?  I like hammers.

Thank you for the interview, the last words are yours..

Thank you for the interview. Please keep the long line of Czech Occultism flowing. Salute. 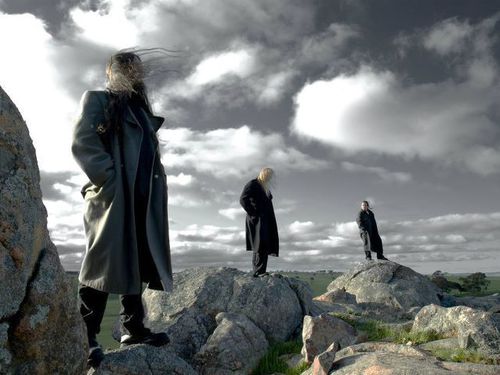