EGGS OF GOMORRH – We live in french speaking side of switzerland so we were mainly inspired by 90’s parisien satanik death and black metal. 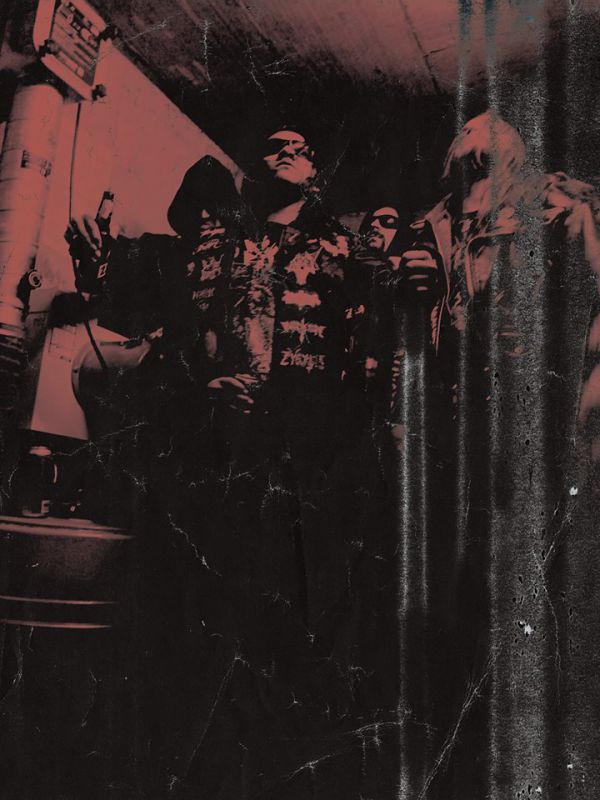 Hello. First of all, I would like to thank you once again for the show in Prague, excellent. How did you enjoy Prague? The sound was not ideal, but it was a massacre.

Hails. Thanks a lot. Really killer that you enjoyed the show, we surely did! Since it was the first show it was a marking point of insane 3 weeks to follow so it definitely had a special vibe. We’ve all been to Prague before and really enjoy the city, however we didn’t have time to walk around this time. The venue had a very blurry sound for all the bands, but we managed to get the point across.

The Continental Crucifixion tour recently ended. How did you enjoy it? Do you have any positive or negative experiences?

The tour was a great success, great bands, crew, management and of course show up. It is a fully positive experience with a lot of great people that acted as a machine to be able to make this work. Total support.

How did you get the chance to play with  SVARTIDAUDI & others?

Bolzer are good and old friends of ours so once drinking some beers we started talking about touring together and then we did everything to make it work. And conquered!

Do you know why ARCHGOAT missed the first three stops of the tour and did not get to Prague?

2 first stops actually, and really I have no idea.

You have a one album „Rot Prophet“ released under the Vault of Dried Bones label. Will you still stay at this label? Are you satisfied?

Unfortunately a week before the Continental Crucifixion tour Vault of Dried Bones decided to stop it’s activities. We were more than satisfied with our collaboration and Peter is a incredible professional. But sometimes you have to do what you have to do. We now are working a new thing out and it will be undisclosed when the right time comes.

„Rot Prophet“ is total insanity. Do you want to keep the same style? Do you have any ideas for the next album?

Glad you like it hehe. There are some obvious evolvement in the new tracks, but it stays the same vein. The next step for us will be an EP entitled „Outpregnate“ and the details will be unveiled soon.

Can you tell us something about the lyrical concept of „Rot Prophet“?

Mainly the Rot Prophet speaks about torture and diseases. Focusing on the last seconds of life before facing death through slow torture using methods like injections and drowning. The cover of the album is basically a mumified being the prophet of disease that describes the painful last seconds of its existence reflected in the eyes until his transformation towards the inquisitor of plagues

In which studio was the album recorded?

We recorded the album in Blood Empire headquarters. It’s a distro of good friends of ours so we installed a portable studio and did most of the instrumental tracks during a weekend. The vocals were recorded in a different setting and time

Where do you get inspiration? As for the music, I'm typing names like ANTAEUS, LVCYFIRE, ARCHGOAT. Especially the guitar section is similar to the French ANTAEUS and their "satanic audio violence".

We live in french speaking side of switzerland so we were mainly inspired by 90’s parisien satanik death and black metal. You are right about ANTAEUS, CYFAWS was a big influence on the musical approach of EoG as well as acts like Arkhon Infaustus, Hell Militia. Other influences are surely Conqueror, Sarcofago.

Concerning the guitar sound we definitely adopted a razor-like approach because it sounds very dissonant and intense. Adding some ugly sounding chords and lead work created a very massive atmosphere that we use with fast and painful tempos

Are you interested in the current French scene? There are interesting things going on there.

To be honest with you we have kind of disconnected from following new releases and mainly concentrate on our music. Of course sometimes randomly (from forums for example) we end up listening to new stuff but few of the acts are interesting and project real fucking evil. However Ritualization from France are absolutely killer both on album and live

By the way, why are you playing with just one guitar?

Before lineup changes couple of years back we used to play with 2 guitars. But then we decided to change one to bass for more bulldozer sound. We have some ideas for the future but not sure about it. We will adapt our lineup if we feel the need to improve our sound somehow

You come from Switzerland. What's the scene there? I personally like Switzerland thanks to DARKSPACE. Unbelievable music. Are people going to shows here?

The french side where we live in really doesn’t have much to offer if you think about brutal and dark music. German side however has many great bands and people are going to the shows more often. During the tour we realized however that it is impossible for Switzerland to compete with countries like Germany, Poland, Italy or even England for the number of maniacs and how they experience the gigs.

What does the name of "Eggs of Gomorh" really mean?

Eggs as in Beginning, the foetus, the birth and Gomorrh and sin and everything which is perverted dead and fucked up. It stands for a monument of hate and disease. Satanic sex and blasphemous torture. The beginning of all that is evil.

Thank you for the interview, keep spreading plague!

Thanks for the support bro hailz cheers for absolution !! 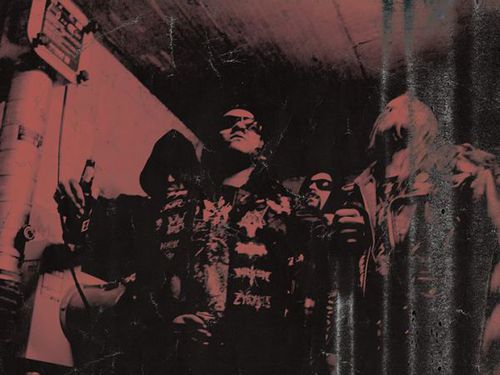