BELOW THE SUN – We don´t want to exist in a boundaries, we want to explore the edges of the musical freedom

Interview with russian doom metal band called BELOW THE SUN 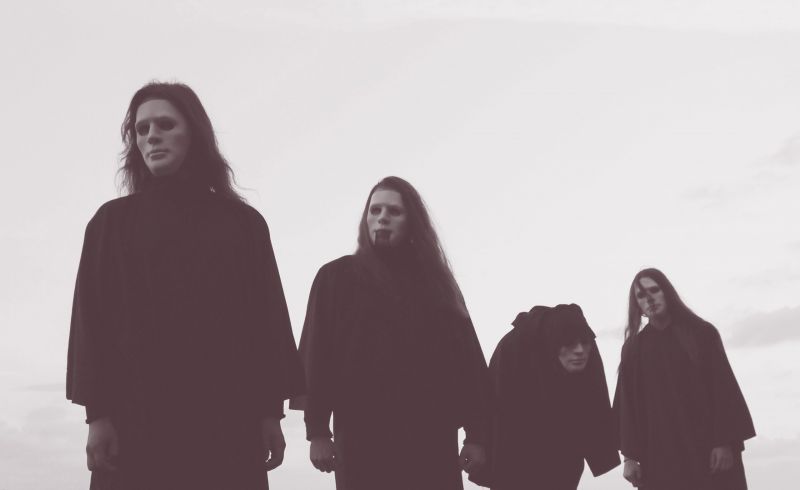 Greetings from the Czech Republic! First of all, can you please introduce Below The Sun to your fans ? We can say that you are new, but really interesting band.

Hi! Thank you very much!
I am Vacuum - guitar. Our lead guitar and vocals is Quasar. Void - our drummer. And two-face Lightspeed plays bass.

At the beginning, I would like to return to your debut called „Envoy“. I worship this album. You are totally monumental here. The theme of the universe and the "soundtrack-like" sounding doom metal is great. How did you manage to do it?

From the very beginning this project was first of all an experiment. We took funeral doom and drone doom as a canvas to put on anything we like layer after layer, any genre and style. We didn't plan to play strictly at one genre, so we didn't know what will come as a result.

Are there any bands that inspired you to record such material ? I can hear american Evoken, or famous artist Hans Zimmer, but also Pink Floyd.

Pink Floyd inspired us, there's no question about it, And not only us. They've inspired all the musical culture those times. This is one of the greatest bands of all times!
German funeral doom band "Ahab" also brought great inspiration. We took our band title in honor of one of their songs.
To be honest, there are a lot of band that inspires us. And most of all are those bands and composers, who choose to think outside the box. Such as Radiohead, Krzysztof Pendereck, Troum, Sunn, Khanate and so on.

You have been traveling through the endless universe for two years now and with the current album you landed on the planet Solaris. Why this book from polish writer Stanislav Lem?

This book amazes the imagination!

Solaris also has its movie versions. Did you have opportunity to see it ? Did you like it?

I saw two movie versions: those one by Tarkovsky, and a Hollywood one with Clooney.
Tarkovsky created a thick atmosphere in his own style. This is a good work, I think, despite some discrepancies with the book and criticism from Lem himself.
And in case of Hollywood Solaris, they made a "vanilla love story" distorted all the essence of the book, ignored all the fundamental questions book brought.
Well, it isn't that I don't like any of that works. These are just a vision of a different directors (artists!) put in a work. Our album is the same! We interpreted it in our own way. And if you want to see all the depth and completeness of the Lem's ideas, you need to take the primary sourse - the book, and that's it.

You sound more "heavy" on the new album, I can hear also stoner elements, but on the other side you sound even more softly. Was it a matter of intent ? Put wasteland side, but also beauty of Solaris to your music?

Music is a subtle instrument when it comes to expressing the feelings - those things you can't express with words. And we try to work from that perspective where it is it's main function - expressing the feelings.
For example, the main theme of the first album is solitude, it's about endlessly lonesome trim though the vastness of space.
The second album is a Lem's main character's emotions. He appears on a station to contact the intelligent ocean, which brings back the girl from that man's past. He loved her, but she died, and he is to blame.
What is Ocean tries to say? How can this be understood?
The book is an emotional rollercoaster. There are a lot of conflicting feelings the main character feels, such as fear and love, shame and anger, incomprehension and humility, for example. That's why the music also takes turns from heavy to soft and vice versa.

What are the responses about the new album so far?

There are a lot of a positive responses. A lot of invites from a different places. Some faithful fans appears. The most importantly - our music is listened, recommended to friends. Our audience grows bigger. Those are the people who feels our music, just like us. It's like some kind of a mental contact. That's why we love to play live! On the live shows this contact is at it's greatest!
There is a criticism too, of course. Sometimes it's constructive, sometimes - not. Funny thing is we're oftenly being compared to bands we never heard of before, and then, all of a sudden, we're being accused in betrayal the style of this band when we shift our sound.
Constructive criticism, on the other hand, is very interesting to read. We always try to see ourselves through the eyes of our audience in order to advance in development.

How do you participate in creating music in the band ? It looks like that you have permanent members of the band for a long time.

Yes, we have permanent guitarists and drummer on both of our albums. First two years we had some vocalistsfront men, but we decided to play as a quartet after all.
Concerning the creating music, well, we do it as usual. We pick an idea and freely play it, searching for a sound, rhytm, style and so on. Each musician creates his own part, and then the structure appears and the song itself is starting to born

I was able to see your live performances on Youtube, can you manage a longer concert set nowadays?

We had a 90+ minutes shows, second album presentation, for example. We played the whole second album and some tracks from the first one. This was great and emotionally powerful show!
Nowadays we can easily play a two hours set. The main thing is the show preparation. Light and sound gear should be tested and installed perfectly. When everything is according to plan, when you feel comfortable on the stage, the show ends in the blink of an eye leaving you wanting for more!

And what about Russia itself? Clubs, fans, music support? I know you have a great doom metal scene in Russia. How can you explain that?

Well, it differs from town to town. Russia's subconciously follows western culture and in a lot of aspects we're falling behind for a dozen of years. The majority of russian bands choose to imitate one favorite band, as a results they become a parody, and it doesn't matter how much quality there is in the copy, it's still a copy.
But there are some good bands with their own vision!
It is very hard to be able to appear on a big stage here in Russia. You need to dedicate your life to it.
It's hard to tell concerning the tour, just because we haven't anything to compare to. We hadn't come to Europe yet. But in our country there are huge distances between cities, the trip between two cities oftenly exceeds twenty hours.
Concerning the clubs, there are some in every city, but oftenly it's more like "hardcore underground" than anything else. These clubs exists only thanks to guys who loves that kind of music and willing to work without profit. So, it's all on them.
The situation in general looks like "cycling fashion". The rap culture is pretty popular right now. There is "new russian wave", - pop-punkpost-punk, - which is slowly coming down. There were black metal wave before that, which is coming every dozen of years or so. There were djent and different core styles. These are periods when a lot of bands of this genres appear. This is "fashion".
And I think this "fashion" is cyclical. Soon "old school rock" will supersede rap culture, and, of course, this "old school rock" will come different. Maybe "with a beard and iPhone" so to say.

And what is your opinion about religion ? What role does religion plays in Russia ? We all know about a few canceled gigs in your country (Bathuska, for example.)

Nowadays Orthodox church is pushing an agressive propaganda in our country. Religion is imposing at schools, children gets brainwashed without the chance to choose. Some ridiculous laws appears, infringing peoples rights and freedom. And with that laws appears "religious activists", who feel a right to cancel anything they don't like.
I, personally, think that these actions will backfire sooner or later. People will understand - they wanted to be seen as a slaves, nothing more.
I am an atheist myself. I believe in life, survival of the fittest, and the impersonal Nature, wich holds no moral principles. It might look like an absurd, but there is a chance I'll be sued for the "insulting believer's feelings".

„Solaris“ is out. What is next for you?

We're going on tour this november. Then we're set to record our third album. We plan to record ambient soundtrack for one game, too. We're going to expand our sound as much as we can, search for anything interesting we can find. We don't want to exist in a boundaries, we want to explore the edges of the musical freedom.

Do you already have a vision for another album?

Sure, we already have some works and even almost completed songs for the new album. I can tell it will be pretty dark and melancholic, but pretty diverse concerning the sound.

Thanks for the answers. I hope to see you in the Czech Republic! 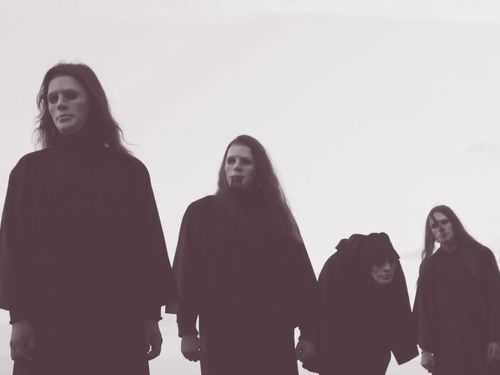