Interview with band from England. 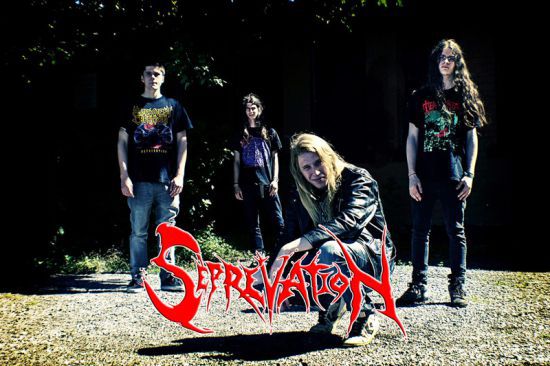 1) I guess it is your first interview for Czech fans of Metal. Please, introduce us your band.

My name’s Joss, I play for guitar for Seprevation, we are a 4 piece death/thrash band from Bristol, England. We formed in 2011, our first gig being in December of that year.

2) Outside you have the debut EP 'Ritual Abuse'. Tell us anything about the preparation of the material for the first EP.


I write all the riffs and then bring them into the rehearsal, usually with a basic structure that we can build off, the rest of the guys then add their own ideas and that’s pretty much it. Lluc wrote all the lyrics for Ritual Abuse.

3) How long have you recorded?

4) Which musical instruments do you play?

Lluc has started writing a few riffs on electric guitar, I used to play bass and Ian used to play drums, none of us really have an interest in learning another instrument though.

5) You have a nice cover EP. Who did it? You gave him your idea or had a free hand.

A guy called Raul Gonzalez did it, we didn't ask him for a design, we just saw it on his website for sale, it’s really awesome and pretty much the style we we're looking for.

6) What is the scene like in Bristol? It is people's interest in metal music? Go to concerts?

The scene in Bristol is amazing; we cannot thank them enough for their support. It’s definitely something we are proud to be a part of.

7) Do you know any band from the Czech Republic?

I actually don't, I will have to check some out!

8) Thinking of concerts in Europe? Where would you like to see?

We'd like to play anywhere, hopefully next year we can maybe get to Germany and a few other places but nothing is confirmed yet.

9) What about family, works? Supports you?

We have full support from all our families and friends, I wouldn't say personally I've ever had any support from my work, I can't say for the other guys.

10) From your city come thrash metal legends ONSLAUGHT. You know them? Do you know their creation?

We haven't met them yet but we are playing with them in Plymouth on the 21st of September, really looking forward to it!

11) You message for Czech fans?

Thank you for taking the time to read this, our EP Ritual Abuse is out 10/9/12, go to Seprevation.bigcartel.com to buy one, check out our facebook (facebook.com/Seprevation) and hopefully we will be able to play for you guys sometime in the future.

Very thank you for the interview. 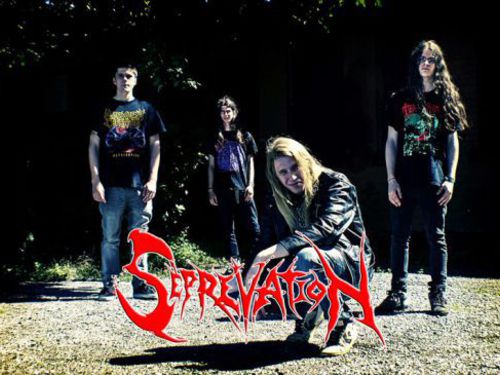