An interview with a Death metal band from Germany. 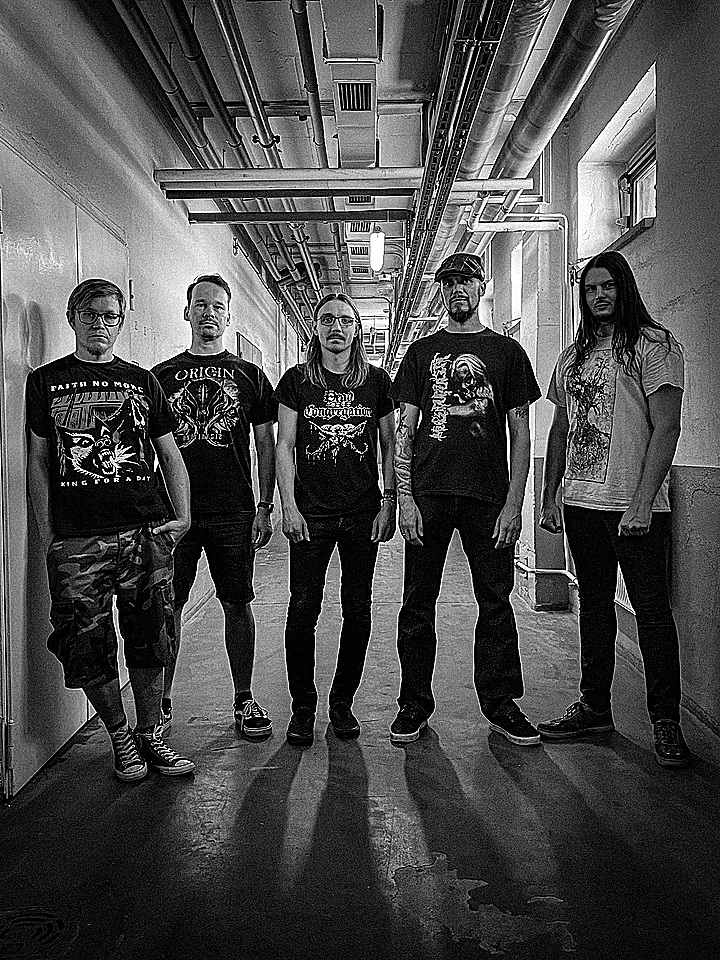 ASCHENVATER raise the banner of oldschool death metal higher and higher. The inspiration of the young Germans is obvious, but their approach gives the style the much needed originality and freshness. They named themselves after the "father of all ashes", referring of course to the ashes created during the war massacres. The sound of Aschenvater fits this. Their first record has received very positive reactions in the world, their concerts are full of vivacity and drive, as you can see on October 7th in Prague's Underdogs', where they will play together with Moorah, Outward and Autumn Cold.

Singer Oliver (second from the right in the photo) and guitarist Marko (in the middle) answered questions.

How do you rate this post-covid year musically? What are your achievements you are proud the most?

Oliver: It is a great time for us, because we finally completed the lineup of the band. We receive offers to play concerts with bigger bands like Unearth, or to play at festivals. This shows us that people enjoy our music and this is what we are very proud of.

Your debut album Landungsfeldmassaker is out for about a year, what are you guys up to right now?

Marko: On 26.08.2022, we release a new song called “join the massacre”. It is a tribute song to the most iconic guitar pedal in metal: the boss hm-2. We also shot a video for the song where you can see why so many metalheads are obsessed with the "chainsaw tone".

Oliver: Besides that, we are working hard on the next full length. The concept will be similar to our first EP, which means it will tell a story from the overall conflict of the Horus Heresy. Whereas "Landungsfeldmassaker" reflects the beginning, the upcoming album will capture the end of this titanic war. Worlds will burn and armies will be crushed to dust.

What is your inspiration musically? I can hear some elements of Bolt Thrower and Asphyx…

Marko: You are absolutely right. Both bands had a big impact on us. They are not as polished and perfect sounding as it is unfortunately often the case when listening to modern death metal band these days. It's more raw and edgier and we just love that. But there are also a lot of other influences from everyone’s personal preferences for different genres. Like the sound of the Boss HM-2 from the swedish death metal bands Entombed or Dismember. And there are also newer bands worth to check out like Phrenelith, Dead Congregation and Engulfed.

Your lyrics and artworks are based on the Warhammer 40.000 desk game world. How have you came up with this idea?

Oliver: I’m a very big fan of the universe of the Warhammer 40k desk game. The background of this world is my main source of inspiration. One of the guiding principles is: “There is no peace in the dark future of the 41st millennium. There is only war and the laughter of the mad gods". On the one hand, humanity is at the peak of its power through incredible technological advances, genetic manipulation and knowledge. But on the other hand, it has also become completely inhibited by dogmas and the belief in one god. 1000 souls must be sacrificed every day to keep the god alive. Mankind sees itself threatened by
countless extraterrestrial peoples. And within lurk traitors and mutants who are gnawing at its bones to bring humanity down. But the actual story of the “Landungsfeldmassaker” EP is settled in the past, which takes place 10,000 years before this time and where everything seems much more positive, until
the events of the Horus Heresy happen.

Are you searching for some parallels between 21st century on mother Earth and the Warhammer world?

Oliver: Well, to say it a little exaggeratedly, we are on our way into a dark age. How we as humanity treat our own livelihood is perverse. We annihilate and destroy like there's no tomorrow, like we don't even want to survive. If everyone would take a "step aside" and have a look on what we're actually doing, i think one or the other would maybe change. But then we all need to question ourselves and that has never been the way of humanity. Rather walk into a “wall full of spears” than admit that we made a mistake. It's similar in the 40k universe. Planets are exploited beyond recognition and when everything has been mined, the next resource is sought. The species continues to exist but is dying of continuous inner decay.

You have German lyrics what is not usual even for German metal bands and I must admit that it makes more music even more attractive and appealing. Why did you dediced to use your native language?

Oliver: Thank you very much. I think you can express yourself best when you do it in your mother tongue. The German language contains words that are quite old and therefore feel somewhat antiquarian. That is something what makes it so special. The feeling, content, and emotions which the text is supposed to bring across, is best conveyed in this way. When a line of text contains indignation and anger, it is best to do in your own language.

How is the metal scene in Germany right now? Do you feel that new wave of oldschool death metal is still a thing?

Marko: Yes, I think that’s something that won’t go away so fast. Oldschool death metal fans are very dedicated to their music and of course there are constantly some kids getting into it. The metal scene is still very active in Germany with new bands, festivals and shows all the time.

What do you think about modern metal nowadays?

Oliver: In the band we have different metal genre preferences. There is such a huge variety within metal today that everyone can find their own personal favorite style. There are bands like ours that try to combine old and new styles and others who enter completely new territory and create new subgenres. Others try desperately to succeed and disappear into nothingness. Metal is probably the most organic genre I know, everything that shows itself to be a virus and tries to infiltrate the scene, will die at some point. And everything that contributes to expanding this cosmos is gladly accepted. I think most metalheads
notice very quickly if someone on stage just wants to rip the money out of their pockets or if they love what they do and do it with conviction!

Are you feel like a part of the scene?

Marko: Absolutely! We are not only making music, we also enjoy listening to other bands and are on concerts and festivals a lot. We are connected with a lot of other bands and metalheads. Metal is a big part of our life. For example, I have worked as volunteer for the Inferno and Midgardsblot festival in Norway. You get to know a lot of people and other bands this way. When you realise that people start talking about your band, it’s a really great feeling.

Is it difficult for a new band to break thru?

Marko: As there are already a lot of bands and so many new develop, it is not that easy. You have to put a lot of effort and passion into what you are doing. Play your music live in front of people and set the stage on fire! Also, an increasingly important part is social media, because most of the people are using it today. Whether it is for checking concert dates, discover new music, get the latest releases, you name it. You can reach a lot of people. But in my opinion, the most important thing still is the music! Weather it is good or not, will decide if you have a chance.

Lets talk a little bit about your creative process how do you write your songs?

Oliver: So far Marko has composed the songs and I have written the lyrics. All songs have a certain order on the EP and are intended to convey a specific mood. When a text is finished, we consider whether it is working with one of the already composed songs or not. If it works, we either refine it further or work more on the music to fit the text. If there is no song yet, we think about how the music can reproduce the emotions and feelings of the text. Does the song have to be slow or very fast and brutal. Gradually the song arises and you can see it like a film in front of your eyes. Because we have a complete line up now,
we are also listening to the rest of the band’s ideas.

What is the best way to describe Aschenvater’s sound?

Marko: Aschenvater sounds like the dropside massacre (Landungsfeldmassaker) itself. It is fast, has heavy breaks and rolling double bassdrum parts. The sound is raw, destructive and changes from dissonant to melodic.

As for recording, do you prefer old school analogue equipment or do you use any modern digital stuff?

Marko: I love the sound of analogue equipment and to work with it. We try to use it as much as possible in our recording process. But because we don’t own all the equipment necessary for analogue recording, we are working in a hybrid environment. That means, we use the best of both worlds, digital and analogue. We record our music in our own studio. It’s called “Soundheim” and is based in Görlitz. This allows us to really go into detail when it comes to the overall sound.

You will play in Prague 7th October. Are you looking forward? Have you ever played in this part of the world?

Oliver: Of course, we are very excited for this opportunity! It's our first time in Prague and the lineup for the show is awesome. Thanks to Moorah for inviting us. Can’t wait to share the stage with them again. Don’t miss it!
Join the Massacre! 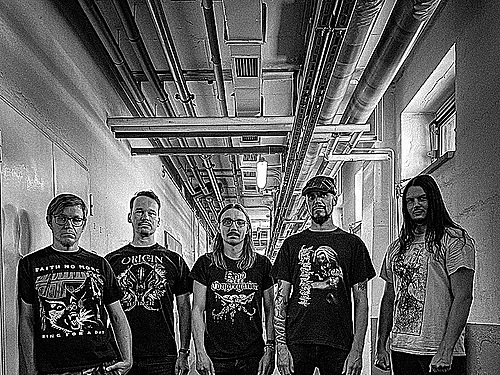 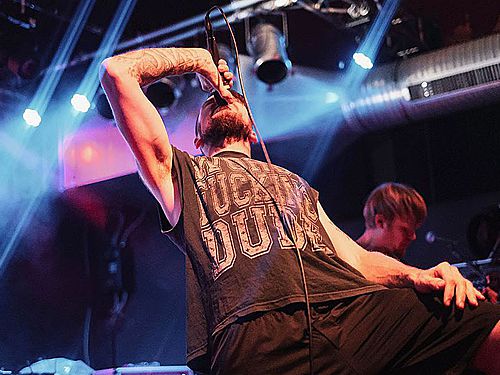 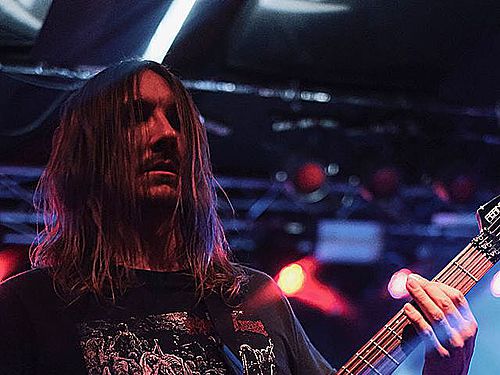 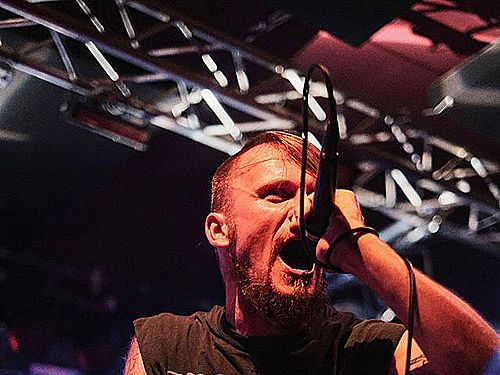 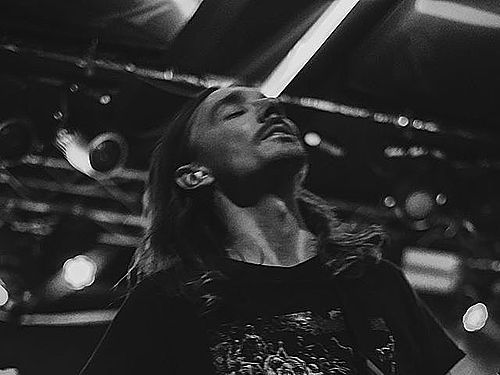 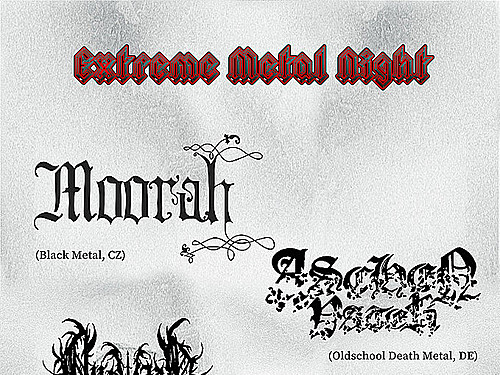