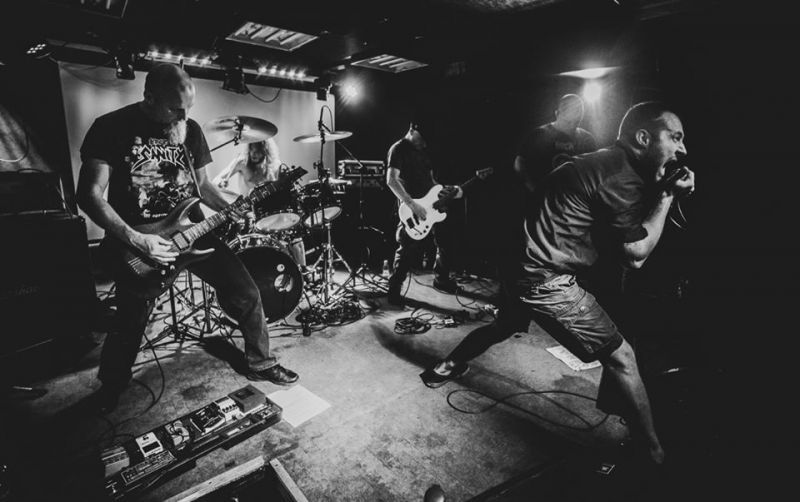 We started playing together about 4 years ago, but it took 2 years probably until we actually set up any real lineup and started working on songs - before that we were mostly jamming as a trio and had only a few ideas composed – more like some loose drafts, not really finished, ready to record tracks. ZATRATA is a polish word meaning something similar to „perdition” or „decay”. We actually adopted this moniker shortly before releasing the debut demo, since we didn’t have any good ideas before - even ZATRATA was chosen during a voting between few other propositions, of which it happened to be the best.

Our lineup is pretty diverse when it comes to both ages and stage experience. Biały (bass, also playing in INFEKCJA, USELESS) and Mariusz (guitar, ex-ELYSIUM, LIFEPHOBIA) are in their 40’s, Łukasz (guitar, also playing in FLUX, ex-STREGESTI) and Rafał (for who ZATRATA is a first more „serious” band) are both over 30 years old, while our drummer, Patryk (ex-LIFEPHOBIA, MOSHERZ, ABUSER, now also in VENGEANCE) is still in his early 20’s. All of us have been playing their instruments since we’re kids or teenagers, so the only difference is in all the years of experience!

We currently do have a debut demo and 12” split LP with our czech comrades of HOW LONG?. The demo was recorded live with all instruments together in our rehearsal room. The split release contains the same instrumentals, but vocals were recorded once again for that purpose - we also added a AMEN cover of their killer song „Patriarchat”. We’re pretty satisfied with the result, although as the time shows, that could’ve been done better and more professional. The demo tape was released by Larmo Records and both prints (50 and 30 copies if I remember correctly) are probably sold out by now. Vinyl split was made in a cooperation between N.I.C. Records, Ultima Ratio and How Long? Records. There were 300 copies pressed and they are still available in many distros. The record - at least from our perspective - sells pretty good, considering that’s almost the same material we put out on the demo tape. The cost of that 12” is somewhere around 12€.

Lyrics - why did you decide to sing in Polish… who wrote the words, what topics have you choosen?

All our texts are made in polish language and are mostly written by Łukasz. The topics are pretty standard as for the DIY scene, you might say - ecological disasters, anti-religion and political subjects are a few of the topics we put into our music.

The logo is made by Łukasz, but we are now considering getting a new one to appear on our debut full-length album, since the original one is based on some already existing font. The cover art for demo release was drawn by Michał Ałaj (xshitstormx) and the artwork for a vinyl version is actually based on the demo tape idea, enhanced perfectly by Paweł Prystupa to better fit the big size of 12”. We don’t have a website and aren’t probably going to get one, but a lot of our social media graphics, posters and release layouts are made by Łukasz and Patryk who are actually working as designers. We want our releases to also look good and harmonize with the music, so you can say that the visual side is also important in ZATRATA. For example we also added an A3 poster with another custom design made by Artem Mytra to our band share of the vinyl split.

All of us are listening to a totally different kinds of music, so each has his own inspirations, even more that some members are rooted in Metal scene, while other are sitting deep in the DIY Punk community for many years. Just to name a few bands that probably all of us like, you could easily mention BOLT THROWER, DEAD KENNEDYS, DISCHARGE, MOTÖRHEAD, SEPULTURA, SLAYER, DOOM, NAPALM DEATH… As you see, it’s all mixed up together!

We haven’t - we are a close friends with both Larmo Records, who made the demo tape, and N.I.C. Records, responsive for the split 12” and we’re also satisfied with what they’re doing to promote our music within the DIY scene, so we won’t probably look for any other labels when the time comes to release our full-length debut neither. Although it’s possible it will be released as a cooperation between a few labels again, to spread ZATRATA in a few more countries as well!

We actually do have a list of all gigs so we can even tell you the exact number! So far we’ve played live 27 times, with few more upcoming in the near future. We don’t pick any shows that are best or worse, and even if all of us have some thoughts about which gig could pretend to be that “highlight” of us performing live, for each of us that’s a completely different concert probably… The most important thing is that we always try to do our best and play with over 100% of our abilities every time we stand in front of any public!

We’ve already done that and we’re really happy with all gigs that happened abroad. Always a great occasion to meet amazing people and play in front of a totally new crowd! With that being said - we are of course looking forward to any future shows outside of Poland (as well as in the country!) and we’re even planning a small few-days tour for the western and northern part of Europe soon.

For now - play more great gigs and finally release a debut full-length album, which is already almost finished when it comes to recording. When this happens, we will think what are the next steps for ZATRATA. 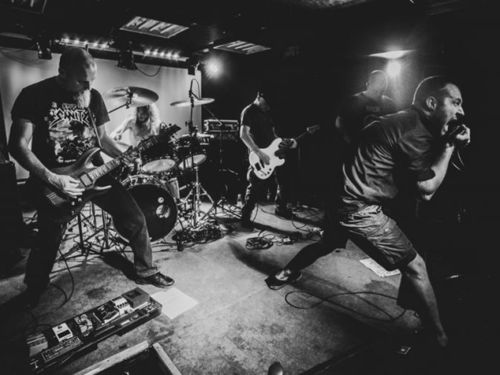 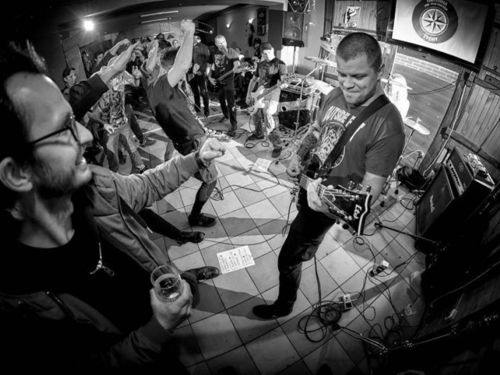 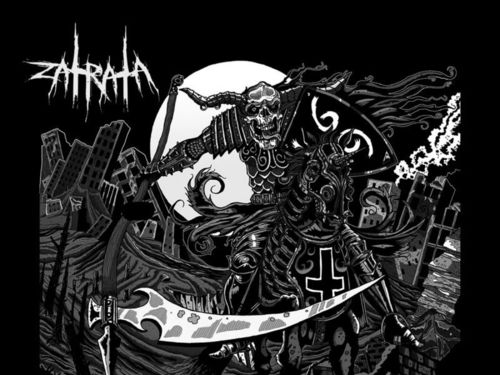