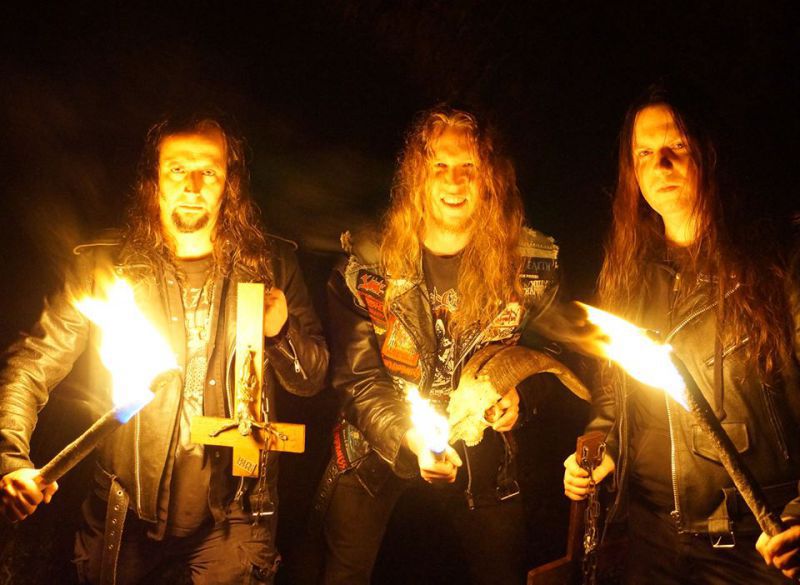 This line-up is now active since december 2016. The Band was founded in 2006 but at the Beginning we had a lot of Lineup changes. Since 2010 we have a constant Lineup except of our ex-singer Unholy Masochist who left the band in december 2016 due to personal reasons.
We simply like the name "Insulter", it sounds somehow right to us. Furthermore, the lyrics of our older songs insult different concepts and aspects of religion. But in fact, it doens`t matter for us, if someone is religous or not. Everyone should be able to make his own decisions.

Insulter is a three-piece band from Friedrichsdorf / Germany. The band members are: Alcoholic Patrolator (Voice / Guitar), Michi von Einst (Bass) and Infernal Firedemon (Drums). We are as old as we feel – sometimes crazy children, sometimes old wise man, sometimes demented ;)
We all played in several smaller bands. So we all have some experience. Anyway I Think, that for us the passion for Metal is much more important than the experience or anything like that. This is why we formed Insulter, why we want to play music and what keeps us going on.

We decided to record our new record in the same studio (Masterklang) as the „Crypts of satan“ album, and the „Thrashing hell“ demo before. We had very good experiences to work with Roland (the engineer and producer) and the atmosphere was and is very relaxed all the time.
Probably we are the only Metal band Roland works with. So he didn`t have much expercience with creating a metal sound. Due to that reason, we had the chance to try to create something like an own sound.

Some of the Lyrics belong to our former singer Unholy Masochist. He understood his voice and the lyrics as an instrument. His lyrics mostly deal with Satan, perversion and stuff like that. Since he left I started to write them. I also see the vocals as an instrument. Anyway I created lyrcis I try to tell a story with. For example „into battle“ is about the thoughts and emotions that you experience before a battle or something like this. „Into battle II: Misanthropic death“ is the point of view that you could have afterwards. Now our Bassist Michi von Einst also writes lyrics sometimes.
All our Lyrics are in English. To me it sounds natural for metal. Maybe its just an influence by the big former bands. To me English sounds really powerfull.

The logo was created by the famous Christophe Szpajdel who is best known as the creator of a lot of logos for famous metal bands. The cover of our new album was drawn by a very close friend of the band. It’s very special and personal for us. We didn’t influence anything about the artwork. He came up with the artwork one day and we’re totally stoked and nothing had to be changed. He is also responsible for the baphomet graphic of our latest „The Misanthrope“ shirt.
Graphic designs are very important. If you play your own songs, you have a very special feeling and you want to transport it also through the design.

We all hail all those legendary and influencial Bands. I think I don`t have to mention them all here.
But everyone of us also have his personal favorites and influences. This is very important to us and maybe one reason why we take elements of different genres like Thrash, Black and Death. At the end Insulter is quiet old school – orientated. That happend completely natural to us, it wasn`t a special plan. We we will allways play what sounds right to us.

„The Misanthrope“ was released by Witches Brew who also released the „Crypts of satan“ album. We had a  very fair deal. Witches Brew really wanted to support underground bands. The label is run by Cheryl. Unfortunately she was forced to close the label a few month ago due to personal reasons so „The Misanthrope“ was one of the last witches brew releases. Currently we have no label.

Thats a good question. I don´t know the exeactly number of gigs. The quantity is less important than the quality and intensity. Anyway it is great to have the chance to play regularly gigs and if its in different countries, its really a great honour and a lot of fun.
By now we had a lot of great gigs. I think we really enjoy every show. A Special one was our first time in Malta (were the people climped the stage). But there a many many great memories to nearly every gig we played.

The Passion, the fun and the intensity of those are the most important things for us. We will go on as long as we feel that. Within this premise we can grow. Our next aims are: a new label, the Vinyl of the new album, heading east (like CZ, Poland, Russia etc.). After we have reached them, for example gigs at another continent would be a nice aim ;)

As I told you. Furthermore have a great time, kick ass, and meet lots of cool new people.
We are really looking forward to this!
Thank you very much for this interview. I hope we meet in CZ.
Have a great time and hail the cult! 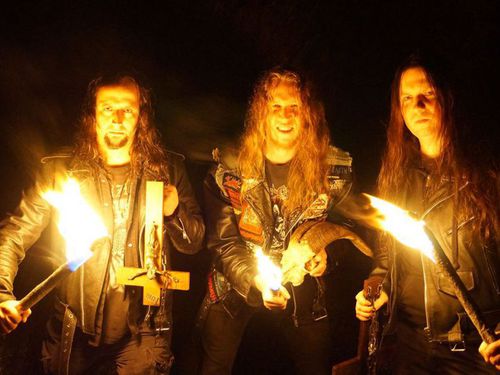 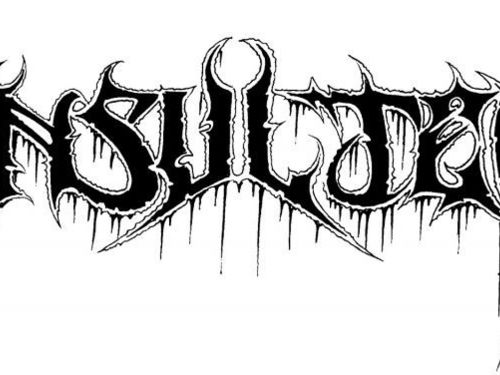