Polish death metal band Hell United promoted new album Aura Damage. Guitarist Rzulty told us about its recording. We spoke about underground in Poland, history of the band and more.

Ave Hell United! Your band is altogether unknown in the Czech Republic. Can you introduce the band?

Hell United has came into existence in 1997 - then named Eclypse - in the composition of: Void - guitars, vocals, Rzulty - guitars, Bartollo - bass and Dügy - drums. In 1999 the band recorded the never released album "The Human Abstract", from which two songs in 2000 came to light as a demo "Omen". After the change in composition in 2004 the formation due to seems Redrum666 issue the album "Applause: JHVH Elohim Met" with a brand new tracks, very well-received by fans and the press. The following years, in addition to numerous concerts, brought a lot of personal problems, resulting in the reorganization and change the name to Hell United. Reborn from the ashes the band was working on new material, resulting in 2007 in the circulation occurs demo "Extra-Strength Of The Obscure" (Gorification Musix), and a year later full-length "HornoKracy" (Lilith Prod.). Hell United promoted album among the next two editions of United Death Armageddon tour in 2008 and 2009 in the company of MasseMord, Blaze Of Perdition or Mord'A'Stigmata and recorded material for mini album, which was published in two editions: a cassette as "The Third Sigil of Destruction" (Maltkross Prod ., 2009) and a record under the title "Abhorrence Majesty" (Butchered Rec., 2011). The first half of 2012 was marked by concerts at the side of Ulcerate, Furia and Intestinal and work on newest album "Aura Damage".

We decided that Eclypse was a silly name and we’ve changed it. That's it. Besides Hell United was our second chance in that time and for some of us that was the main reason to change the name.

Death metal in your songs is spiced up with black metal. What kind of musical style do you prefer?

You have published the album Aura Damage this year. What do you say to the reviews and responses of your fans?

Response is really great. We are very surprised such a turn of events. Of course we knew that we have a good stuff, but people's reaction was fucking great.

You published the album by Polish label Hellthrasher Productions. Do you know,  how many CDs did you sell? Are you satisfied with this label?

No, we don't know that. That's not our case. That is label's sales policy to doing their best in marketing and financial sense.

Where did you record the album? It has an excellent sound. Did you have clear ideas, what kind of sound will it have? Did the sound make a sound engineer? What kind of instruments and equipment do you use?

Aura Damage was recorded at Roslyn Studio, Dębica with Krzysztof Godycki as sound engineer. We used Dean and Gibson guitars, Mesa Boogie and Marshall amplifiers, Warwick Corvette and Ampeg - bass, and some custom drums, but sorry - I don't remember its name.
And about the sound - we always have "vision" of sound, so precise as hard as required. It's the base. When you know what you want, you just have to do that.

Who did make the cover? What does “winged Death” mean? Are there any connections with texts on the album?

All layout was prepared by very talented "engraver" - Bartłomiej Kurzok. He knows exactly what to do to make you happy hehe... and he did it. But if you ask me about the meaning of artwork or connections with texts I must answer you: I do not know. You tell me!

Sometimes the death metal texts are downplayed. Do you want to tell anything with your texts or do they complete the music only?

I don't want to speak about the lyrics because it's a matter of interpretation or free will, not discovering the truth.

You have published two albums so far. How have you musically changed from the publishing of the album Hornocracy (2008)?

The first thing is line-up. Every personal change provoking changes in your music. It's obvious. Now we've one lead voice not two, like on previous record.
And now we're closer to death metal ...

Lots of bands don’t publish CDs today, but vinyl only. You have choosed CDs. What is your meaning about vinyl? Can the fans expect Hell United on vinyl?

Good news: vinyl version of Aura Damage will be available in spring 2013 via our label, Hellthrasher. So be careful!

I think it is coming the death metal boom in Poland. I find lot of new groups (Sphere, Emrional, Hellspawn etc.) Should we expect new polish death metal upsurge?

Poland is extreme country. So why not? But seriously there are many good new bands or old bands you haven’t known yet. Times have changed, now there are no borders, we have Internet...It depends from us what we do about that.

Poland is bigger than Czech Republic. The Czech underground is linked. What are relationships under the bands, do they help each other or do they make out of spite?

In most cases we support each others, but this is not a rule. If you believe in underground scene and respect the rules you will find your place. If not -  F.O.A.D.!

How many fans do visit your concerts in Tarnów? Do the people go to the concerts in Poland?

We play in Tarnów very, very rarely. We prefer to play in other places, new for us. About concert's attendance. Internet has two faces. One is good and I mentioned it previously. Another is ugly and is called Youtube. When you can see shows in your home free why would you want to pay for it? Of course it doesn’t apply the die hard fans and all of underground scenes, but regress is obvious.

There are no statements about your concerts on the Internet. Do you want to support your new CD with any concerts? Will you come to the Czech Republic, too?

Well, we have plans for some shows in 2013 but we want to do it properly and need no rush. We account in these plans your country, but we'll see what happen.

Do you have any musical patterns?

What kind of music do you listen in the band? Are there any albums this year you are interested in?

I can speak for myself: Dead Can Dance, Furia, Mgła, Embrional, Call ov Unearthly, Resurgency

Tell us the meaning of Hell United about downloading? There is a small saleability of CDs on one side, on the other side more music is coming to people.

Both reasons are true. It is a dualism of things. Sad but true...

Do you collect original CDs or vinyl? What CD did you buy last?

Do you know and listen to any Czech bands?

I like Inferno. I met guys when they played in Poland. Nice people...

What kind of plans is Hell United going to have for next month? Do you work on new songs already?

We are working on new stuff and planning some shows. Like I said we strike with some gigs in spring 2013 and after that you should watch for new MCD.

Thank you for the interview and I wish you many crazy fans and sold CDs.

Thanks! Support the underground! Regards. Rzulty. 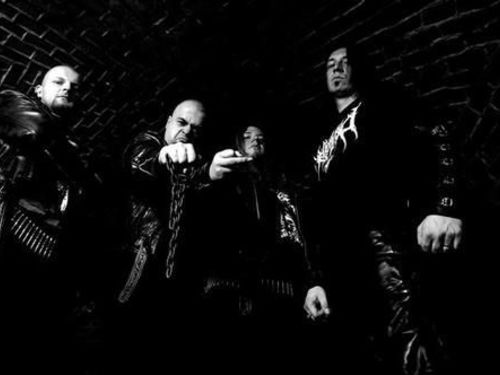 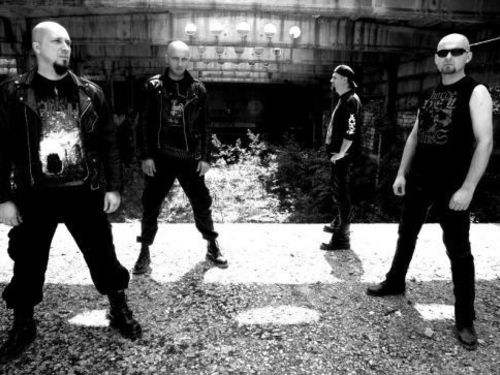 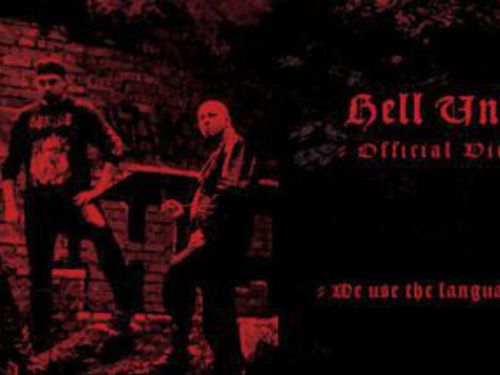 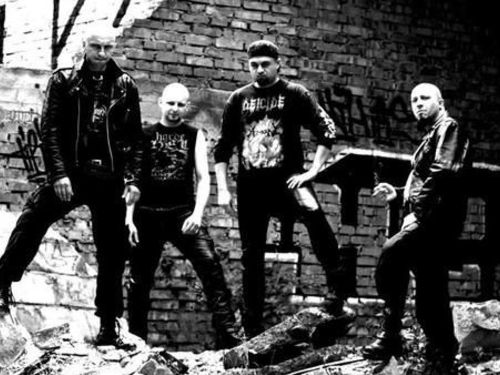 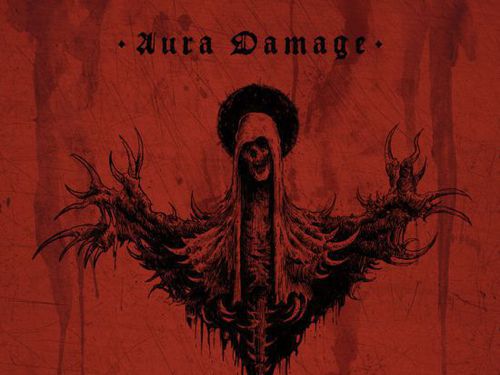